Melissa DePino called out the former Starbucks CEO at the Free Library for misrepresenting what happened on the day two black men were arrested at a Center City Starbucks. 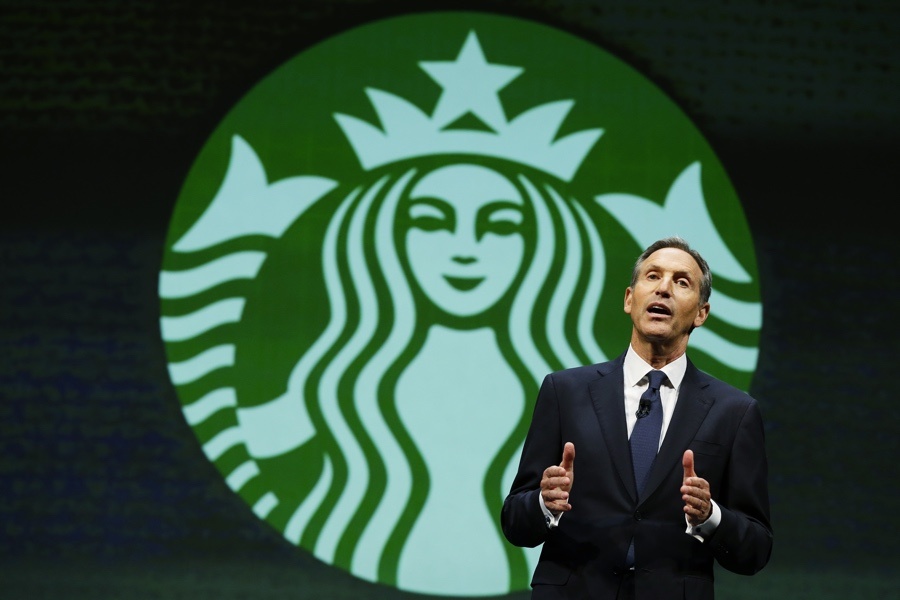 Former Starbucks CEO Howard Schultz stopped by Philly on Wednesday evening to speak to a sold-out gathering at the Free Library. The ostensible purpose of the visit was to promote Schultz’s new book. But everyone — Schultz included — probably realized that at one point or another the conversation was bound to turn to the subject of the April 2018 arrest of Rashon Nelson and Donte Robinson, two black men who were waiting for a business partner at a Rittenhouse Starbucks when the manager called the cops on them for not ordering anything.

Melissa DePino, the white woman who posted a video of the arrest that went viral, paid the $33 cost of admission with plans to question Schultz. When Schultz got to talking about the arrests, he described a “verbal problem” that occurred at the store between the two men and the manager, who was white. “She decided that she felt a threat,” Schultz said.

Those two descriptions led DePino, a few minutes later, to stand up in the middle of the event and confront Schultz directly. “You are not describing the incident accurately,” she said. “When you say that there were words between the two of them and that [the manager] felt threatened, that didn’t happen. I saw it with my own two eyes. I was there.”

I’m here at the @HowardSchultz event in Philly. Wrote a question on a card identifying myself as the woman responsible for the viral video. What are the chances they’ll pick it?

In response, Schultz didn’t exactly reflect on his choice of words, other than to note that in the aftermath of the arrests he went on national television and directly characterized the incident as one of racial profiling.

DePino, a writer turned part-time activist, said on Thursday morning that Schultz’s retelling of the incident at the Free Library “pushed a racist narrative that causes damage.” His response wasn’t satisfying. “It is clear he has zero understanding of his own implicit bias and continues to demonstrate that,” she said.

Schultz has been making a nationwide press tour in recent weeks as he very publicly weighs a run for president — one that has been widely derided over fears it might split left-leaning votes and gift Donald Trump a second term. The night prior to his appearance in Philly, Schultz got flak for saying at a town hall event aired on CNN, “I honestly don’t see color.” He’s made a habit of attributing this trait to his upbringing in the diverse “projects” of Brooklyn — although the Huffington Post recently reported that his particular public housing complex was in fact 90 percent white at the time.

DePino has, in the aftermath of the arrest video, co-founded an activist organization with Michelle Saahene, a black woman who was at Starbucks that same day. Saahene was the one captured on video trying to defend Nelson and Robinson. DePino said posting the original video wasn’t about raising her own profile. “It was Michelle who spoke up first,” DePino said. “I just amplified her voice by sharing the video on social media.”

In fact, a white ally spotlighting discrimination through social media is the precise model that DePino and Saahene’s activist group, From Privilege to Progress, is trying to promote. DePino said she’s tried to reach out to Starbucks in an effort to partner with the company, but has been “hitting a wall.”

Starbucks spokesperson Reggie Borges said the company has had conversations with DePino and Saahene but simply “hasn’t found a common initiative or project to partner on yet.”