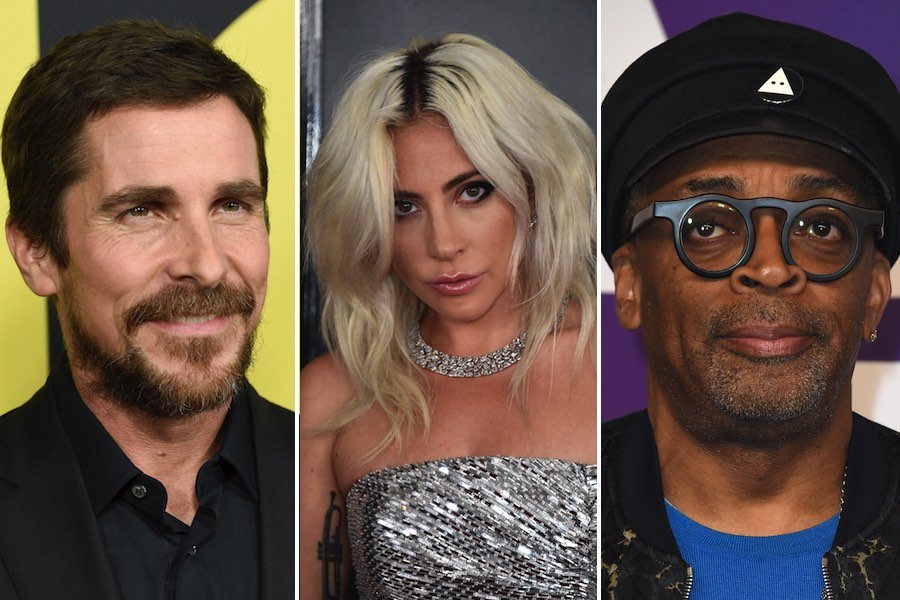 Now that the atrocious Grammy Awards are behind us, those who follow such things, including me, set our eyes on the Academy Awards, aka the Oscars, which are happening in Los Angeles on Sunday, February 24th. And this year, for the first time ever in the entire country, you can actually put money on your favorite Oscars nominees, because Atlantic City is now taking wagers on the Academy Awards. That’s right: you can now bet on the Oscars. God bless America.

No, you can’t place an Oscars bet on whether Robert DeNiro will curse Donald Trump at the mic. You can’t make an Oscars bet on how long it will take Lady Gaga to say something about being unique. And there’s no Oscars bet for the likelihood of your Oscar-watching companion saying, “Wait — that was Christian Bale playing Dick Cheney in Vice?!?!?!”

But there is still plenty of Oscars betting that you can do.

Of the eight casinos with sports books, Ocean Resort (formerly Revel), Tropicana, and the Hard Rock are the three we found where you can bet on the Oscars on site.

All three casinos have set the maximum Oscars bet at $500. And not all of them offer the same categories.

The sports books at Ocean Resort and the Tropicana — the two casinos at opposite ends of the Boardwalk in Atlantic City — are both run by British bookmaking company William Hill, and they offer the fewest categories for Oscars betting. At Ocean and the Trop, you can only bet on Best Motion Picture, Best Director, Best Actress, Best Actor, Best Supporting Actress, and Best Supporting Actor.

But if you are looking for the most options for betting on the Oscars, Hard Rock is where you want to be. Hard Rock’s sports book offers 14 different Oscars bets.

Now, I mentioned this newfangled Oscars betting among a group of friends recently, and one of them swore up and down that you could already bet on the Oscars in Las Vegas, where you can bet on pretty much anything. But that’s not the case. Las Vegas does not take Oscars bets. Well, not legally anyway. Atlantic City is the first to do it.

Another friend said, “Well, clearly you’ve got to bet on Black Panther for the win.” But the oddsmakers definitely don’t think that Black Panther will with the Best Motion Picture Oscar.

The odds can change at any time, and they are somewhat different between the casinos, but let’s just take a look at the Oscars odds at the Hard Rock.

Here is the rundown in the Best Motion Picture category:

In other words, the people behind all this Oscars betting are pretty damn sure that Roma, which most people have never seen, is going to win the Oscar for Best Motion Picture, and that Black Panther and Vice don’t have much of a shot, or they wouldn’t be offering odds like these.

But then again, keep in mind that Rocky – hey, it’s Philly, and we never pass up a chance to mention Rocky – shocked the hell out of the world when it beat out All the President’s Men, Bound for Glory, Network, and Taxi Driver for the Best Motion Picture Oscar in 1977.

As for the other categories, here’s how Hard Rock is breaking down Best Actress and Best Actor:

Don’t feel like hanging out in Atlantic City? There are a handful of gambling apps like PlaySugarHouse.com and the Caesars sports book app where you can bet on the Oscars from your phone — though note that you must physically be in New Jersey for those apps to work — but then you’d miss out on the pizza at Tony’s Baltimore Grill.

Me? I’m heading down to Atlantic City this weekend for the sold out Michael Carbonaro show at the Borgata, and I’m going to make the trip over to Hard Rock to lay down $10 each on Black Panther, A Star is Born, and Vice for the win. It may not be a “smart” bet, but it seems like a whole lot more fun than the Powerball.