Philly Pols Roast Trump After State of the Union Address

Democratic pols, anyway. One state rep’s review: “The State of the Union is that it’s a shooting gallery controlled by ammosexual gundamentalists.” 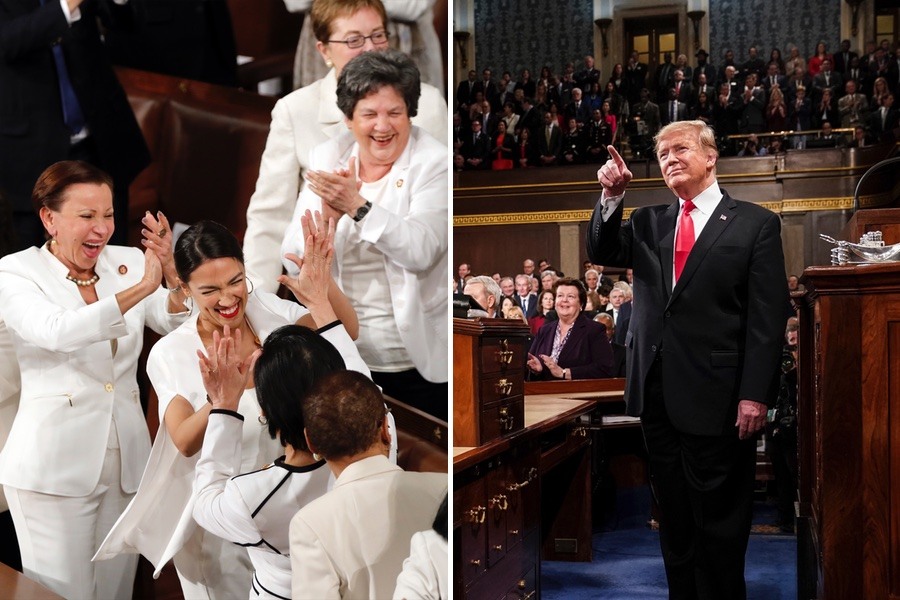 On Tuesday evening, President Trump gave his (delayed) annual State of the Union address. One could be forgiven for tuning out on account of political fatigue and desire to keep one’s brain cells intact, but for Philly politicians, the speech was in fact quite useful — a gold-plated opportunity to criticize the president.

The speech itself was more or less standard-issue Trump: an anti-immigrant fear-mongering section about street gang MS-13, a call for a “great wall on the southern border,” a completely false claim about the economy. You get the idea.

In response, City Councilwoman Maria Quiñones-Sánchez took a diplomatic approach, focusing on the many newly elected women to national government.

Yes, these women are united and inspiring! https://t.co/dFfMyY9WAw

Naturally, many of the Pennsylvania contingent of those lawmakers — clad in white, to honor the suffragettes — had reactions.

I will continue to look to find common ground with the President and anyone and everyone on areas that will benefit the people of Pennsylvania’s 6th district that I was elected to represent. Thank you again, #PA06, for the honor to serve. 5/5

President @realDonaldTrump says that immigration “is a moral issue.” He’s right – and it’s a moral crisis of his own making. Putting children in cages, separating families, and then failing to reunite them is astonishingly immoral and un-American. #SOTU #StateOfTheUnion

To echo @staceyabrams: Our government only works #ForThePeople when it reflects the people. The values that bind us must serve as our foundation as we work together to restore faith in our democratic institutions. #SOTU⁠ ⁠ #DemocraticResponse

Some of Pennsylvania’s state-level officials, however, weren’t so even-handed in their appraisals. Witness state Rep. Brian Sims:

The State of the Union is that it’s a shooting gallery controlled by ammosexual gundamentalists who think their “I’m scared of my shadow” collections are more important than the thousands of our neighbors and family members killed exactly the way these weapons are designed to do. https://t.co/CIgwpFfz5r

(Oh, the freedom that comes with serving constituents in the liberal enclave that is Philly.)

Meanwhile, much of the local GOP establishment stayed away from acknowledging the speech at all in its immediate aftermath. Rep. Martina White, who represents a majority-Democratic district that includes part of Northeast Philly, was quiet on Facebook and Twitter.

Republican mayoral candidate Daphne Goggins did have some thoughts. Reached by phone on Wednesday morning, Goggins said she hadn’t yet had the chance to watch the full speech. She was busy campaigning on Tuesday evening, so she taped it on Fox News. Her early exit polls on Trump were positive: “He did an excellent job of trying to pull this country together. He stood by everything that he wants to get done … The state of the union is strong.”

Goggins’s opponent in the Republican mayoral primary, Billy Ciancaglini, also gave Trump good reviews — although not without throwing in a dig at CNN.

Ladies and gentlemen, eight minutes after a truly wonderful State of the Union address, here is CNN’s opinion of the speech. https://t.co/nbSOD11FQe

It was state Rep. Chris Rabb who won clapback contest, taking to Photoshop for a tweet that referenced the allegedly soon-to-be-completed Mueller investigation. If that report is to be believed, maybe Rabb felt he had to get his zingers in before next year’s SOTU, where there might just be a different orator.