The embattled organization, which has racked up a big tax bill in Philly amid a dispute over its tax-exempt status, says it will open an “Ideal Church” on Chestnut Street. 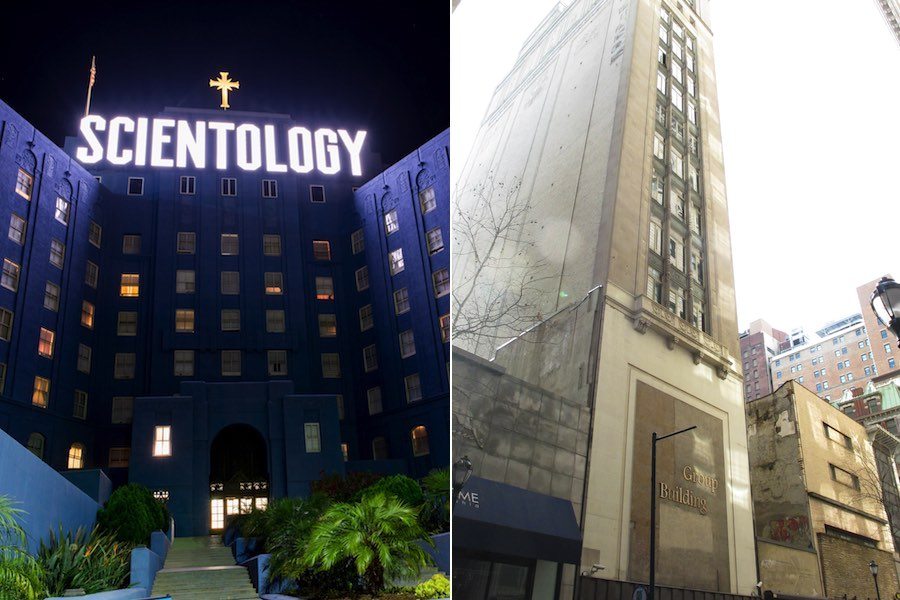 Thanks to actress Leah Remini’s explosive A&E documentary series on the Church of Scientology, the ridiculously controversial (read: allegations of kidnapping, financial coercion, and physical abuse) religious group that counts among its flock such bona fide celebrities as Tom Cruise and John Travolta, is once again part of the regular news cycle all across the country. And here in Philadelphia, we have our own bit of Scientology news to report: The organization tells Philly Mag that it is moving forward with long-stalled plans to build a huge new Scientology church in Philadelphia.

Way back in 2007, the Church of Scientology bought the early 20th-century headquarters of Cunningham Piano Company and an adjacent building on the 1300 block of Chestnut Street.

The purchase was made during a five-year span in which the Church of Scientology reportedly bought more than 62 properties worldwide. 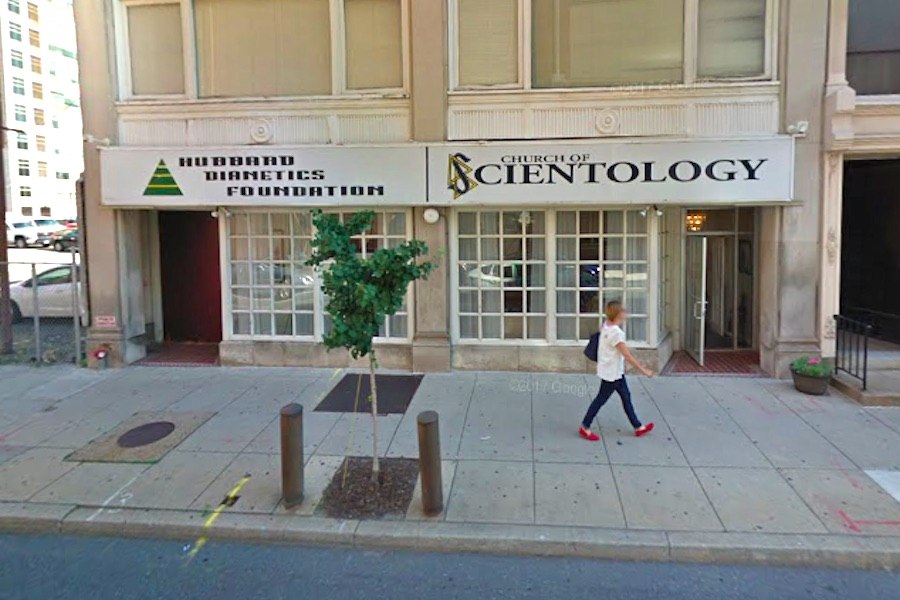 There’s been a tiny Scientology outpost at 1315 Race Street since the church’s heyday in the early 1980s, but this Scientology church on Chestnut Street was to be bigger than big.

In fact, at the time that the property sale was first reported, a Scientology spokesperson said that the 15-story building, which was to house a learning center, a church, and Scientology offices, would be the world’s tallest Scientology building. The spokesperson wouldn’t commit to an opening date or any kind of timeline at all, really.

Instead of being converted from vacant commercial buildings into a house of worship for Scientologists in the Philadelphia area, the properties just sat. And then they sat some more.

Eventually, in 2013, the city’s Department of Licenses and Inspections went after the Church of Scientology for leaving the buildings in a state of blight, specifically citing the organization for graffiti and boarded-up windows. And then in 2016, the city decided that the Scientology buildings were outright unsafe.

It looked as if the church had abandoned its plans for Chestnut Street altogether — after all, they had made the purchase more than a decade ago and apparently did nothing — but then in the middle of 2018, the church went in and suddenly did the work required to comply with all of the L&I requirements. And then, just one month ago, the Church of Scientology received a zoning permit that allows it to combine the two lots it purchased into one.

Last week, Church of Scientology international spokesperson Karin Pouw, who has been with the church since the 1970s, confirmed that the group intends to make the Chestnut Street church a reality in the not-too-distant future, but declining, like her colleague 12 years ago, to commit to an opening date.

“The building will house the new Church of Scientology of Philadelphia and will service its parishioners and the community,” Pouw said. “It will include a public information center with multimedia displays and a chapel for Sunday services and community events. Our parishioners are active in outreach programs that include drug education, literacy, and human rights awareness, and the new building will facilitate those programs.”

If you take a walk over to 1312 Chestnut Street today, you’ll see that the sidewalk has been blocked off in part with construction tape, while the front of the building sports security cameras and a fun Scientology poster explaining “The Way to Happiness Illustrated.” When we visited the site to take pictures last week, a police officer stopped to ask us what we were doing. 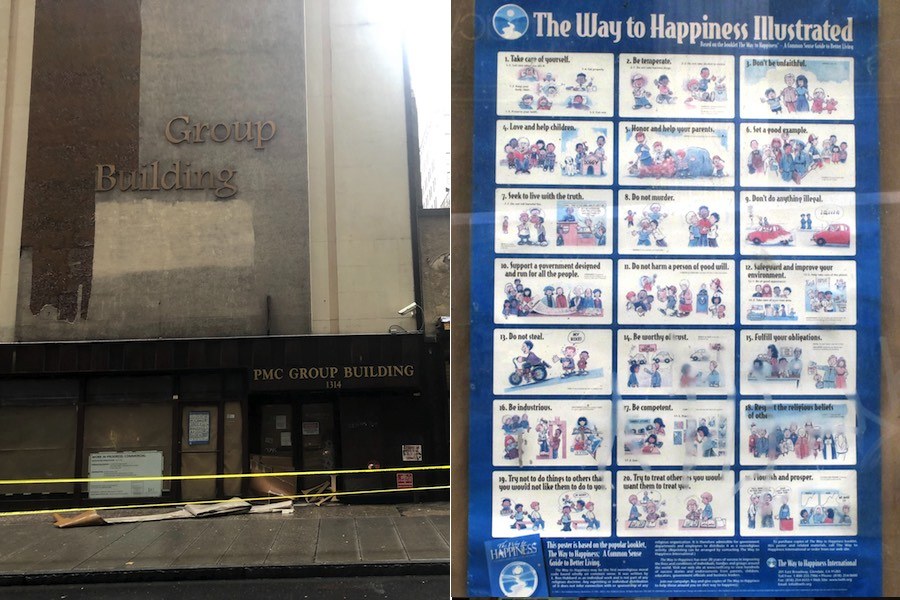 Previous press coverage referred to the future Chestnut Street church as a “cathedral” for Scientology, but Pouw said that’s not what the group calls it.

“While the analogy makes sense — Philadelphia is a central church for the state — this is not a term we use,” she explained. “We’ve described new churches like this one as Ideal Churches, because they conform to all specifications laid out by our founder to fully service our parishioners and community.”

(That “founder”, of course, being the storied science fiction writer-turned-originator of the world’s newest major religion: the late L. Ron Hubbard.)

So the Church of Scientology is going to build a huge house of worship on Chestnut Street, but just how huge is the demand? Back in 2007, the church said that its active Philadelphia congregation numbered in the “hundreds,” while the local office maintained a Philadelphia mailing list of about 10,000 recipients. Pouw was unable to provide updated numbers to Philly Mag as of press time.

Pouw said she doesn’t have renderings of the Philadelphia church to make available to the public just yet, but she points to restorations of historical buildings that the Church of Scientology has completed in Detroit, England, and Copenhagen as examples of what Philadelphia can expect. Take a look at those buildings, and you’ll realize one incontrovertible truth about Scientology: Their coffers runneth over.

That being the case, the Church of Scientology might want to take care of the tax bill that it’s run up with the city over the last couple of years. According to Department of Revenue records, the organization owes the city $142,780 in delinquent real estate taxes, including interest and penalties, for the Chestnut Street development. That makes the church one of the city’s ten biggest real estate tax delinquents, based on the principal owed, and now a new tax bill has just come up in the amount of $108,294.

For nearly ten years, the church, traditionally tax-exempt thanks to its status as a non-profit religious organization, was not required to pay real estate taxes for the Chestnut Street properties. But that all changed in 2017.

“While the properties for several years did have an exemption, the [Office of Property Assessment] conducted an audit concerning the eligibility,” explains City of Philadelphia spokesperson Mike Dunn. “The Board of Revision of Taxes conducted a full hearing on the merits as a result of the audit and held that the properties were not eligible for an exemption. The decision of the Board of Revision of Taxes was appealed and remains pending. As the matter is now in litigation, I can’t get into more details than that.”

Pouw, Dunn’s counterpart at the Church of Scientology, assured Philly Mag that the tax matter will soon be resolved.

“The church is working with the city to resolve outstanding tax matters,” she insisted. “And we look forward to getting the renovations completed and opening up the new church in this beautiful historic building.”