In her bid for the 190th District’s special election seat, Pamela Williams believes that “progress starts with the people.” 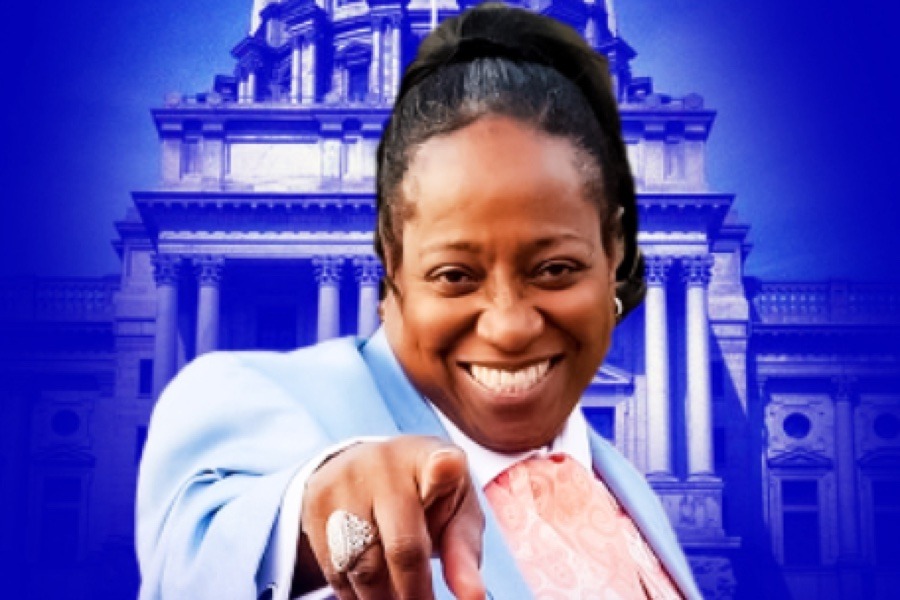 Longtime community advocate and LGBTQ activist Pamela Williams (often referred to as “Pastor Pamm”) has officially announced her candidacy for state rep in the 190th District’s special election. In an exclusive interview with Philadelphia magazine, Williams, an ordained minister, talks about her close connection to West Philadelphia and the possibility of making history as the commonwealth’s first openly lesbian state representative.

What’s your connection to West Philadelphia?
I am a lifelong resident of West Philadelphia, born and raised. My parents often laughed about how my dad left without his trousers running to Misericordia to witness my birth. My mother, Novella Williams, was a civil rights activist during my early childhood. I learned how to love and advocate for the disenfranchised and those living in despair.

Why are you running in this special election?
I am running because I unequivocally know that I am the best person for this job. I’m running because I believe “Progress Starts with the People.” As the state representative I will become a vehicle for the people; my voice will carry their voices to Harrisburg. Too often agendas are based on self-aggrandizement. I have spent my entire life in the streets of West Philadelphia talking to my community, and I know what they need. I’m running because there is no one better suited to do the work that West Philadelphia needs than Pastor Pamm.

You are an ordained minister. How has your faith played a role in politics?
The first thing that comes to mind is: Nothing happens on your behalf without God’s grace and mercy. My faith instructs me to love my neighbor, and next it instructs me to do justice, love kindness, and to humbly love God. My life has been built around these four directives. Without God I am nothing.

If elected, you would be the first out lesbian to serve in the State House. What kind of impact would you like that to have in the local LGBTQ community?
First let me say, I am undeniably proud to stand in my authenticity and run for the Pennsylvania State House. I would hope that the LGBTQ community embraces the notion that anything is possible. And the places that our community used to be locked out of are know unlocked and available for lifetime occupancy.

You’re running as a candidate from the Working Families Party. What is your advice to voters who will have to choose between you and the Democratic establishment’s pick?
I have been a lifelong Democrat and believe in most of the values established through the inception of democracy. I further believe that every member of every family in this country is due inalienable rights under the constitution of the United States. Being a Working Families candidate connects with the philosophy that people come first; I have observed over time that not all politicians share this value. If the voters of the 190th Legislative District want leadership that has vision, integrity, structure, and accountability, then they should look for the name Pamela K. Williams on March 12th when they cast their vote. Progress starts with the people!