How a Philly Superfan Created The Athletic, the Only Sports Site You Really Need 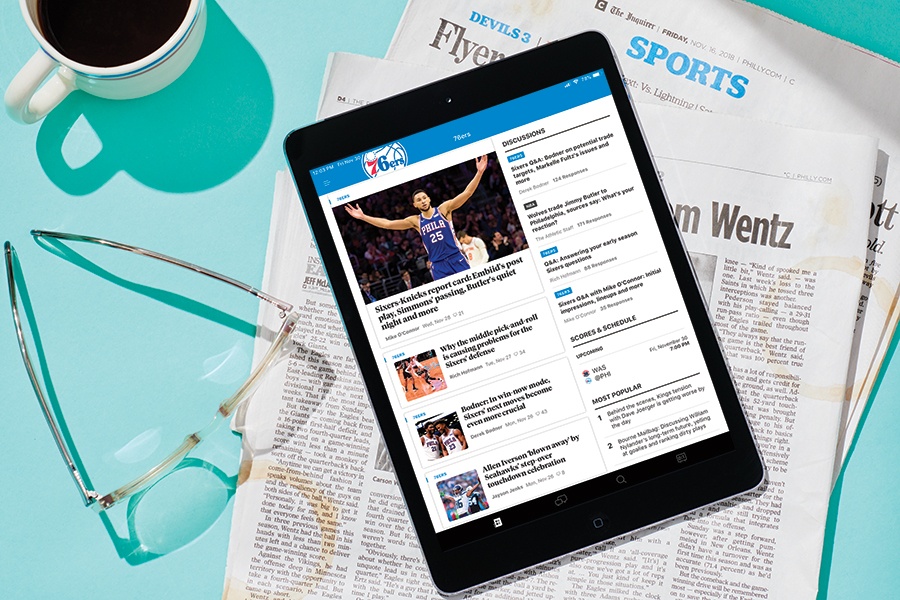 If you care about sports in this town — like, really care — you know there’s only one place to get the straight dope on your teams. It’s not sports-talk radio, where every day’s drive time begins a race to the bottom. It’s not TV, because TV is never the answer. And it’s not the dailies, which for decades hosted our best local sports coverage.

Today, the smartest content comes from a subscription-only online start-up — The Athletic. The hyperlocal outfit, now with outposts in 48 markets across the U.S. and Canada, has quickly snapped up the best voices in sports journalism and turned them loose to crush the status quo.

The Athletic — valued somewhere around $200 million, it’s raised $70 million since its 2016 launch, including $40 million in October — has newspapers scrambling. In 2017, company co-founder Alex Mather infamously told the New York Times he would “suck [newspapers] dry.”

Though the company is based in San Francisco, its roots are here. Mather spent the first 30 years of his life in Philly before moving to California for the tech scene. While following his teams from afar, he became disappointed that his favorite writers — voices who brought insight and analysis — were undervalued by traditional media outlets. So he built them a home.

“Like many companies that start out here, it begins with solving a personal problem, and I felt that as a sports fan, I wasn’t being served,” says Mather. “My team didn’t have LeBron James, so ESPN wouldn’t cover them.”

The Athletic reflects how times have changed. The facts of what happens in any given game have become commodified; you can get stats, play-by-play, highlights, heat maps, scatter plots and more instantaneously, and almost anywhere. The real value is in divining the meaning in all that information. So while daily papers continue to crank out recaps of games whose highlights have already been parsed and memed in real time, The Athletic has focused on unique voices whose knack for crunching numbers and strategy resonates with fans increasingly steeped in analytics.

Locally, that’s meant snapping up two former Philly Mag writers, ESPN’s Sheil Kapadia (Eagles) and Derek Bodner (Sixers); former Inky scribe Matt Gelb (Phillies); and legendary baseball reporter Jayson Stark and charging them with engaging readers so they’re moved to open their wallets. The Athletic doesn’t release subscriber data but does share that most of its early markets, which include Chicago, the Bay Area and Philly, are already profitable. It looks like it could actually be a sustainable model for digital media. It’s only fitting that Philly sports inspired it.

Published as “The Athletic Is Winning” in the January 2019 issue of Philadelphia magazine.