Smoke could be seen billowing from the blaze for miles. 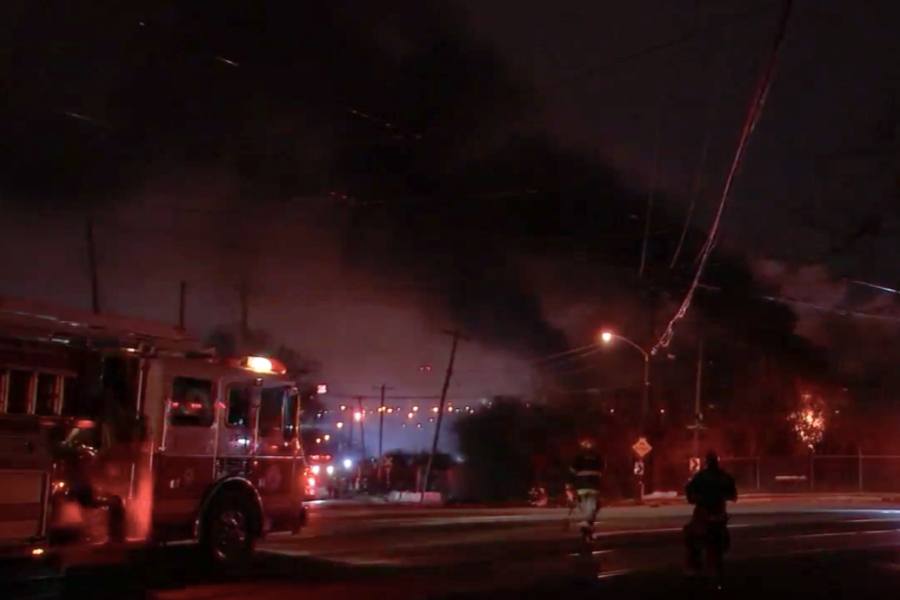 The flames broke out at a paper facility on the 1600 block of South 49th Street in Kingsessing around 6 p.m., according to NBC10.

The blaze spread to three alarms before firefighters were able to place it under control around 9 p.m. No injuries were reported.

Smoke could be seen billowing from the sight for miles.

SEPTA’s route 36 trolley was temporarily out of service near the fire on Sunday, with shuttle buses operating in both directions between 49th Street and Woodland Avenue and Island and Woodland avenues. Service resumed early Monday morning.

The cause of the fire is under investigation.