Aubrey Fink’s The Bridge aims to unite women of all ages and backgrounds. 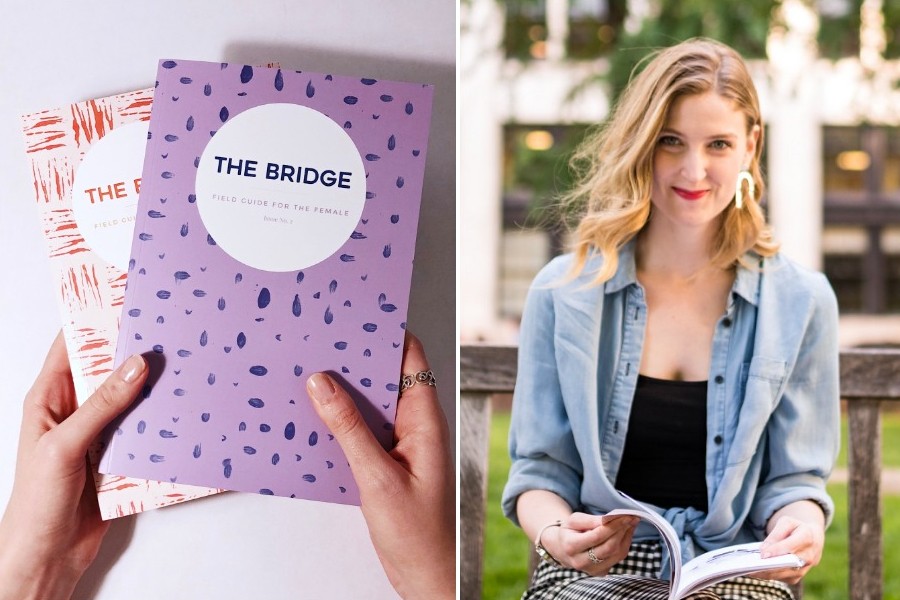 It’s been one hell of a year for women.

Throughout 2018, we shared painful stories of sexual assault and found a new power in our ability to unite under the #MeToo movement. We watched Christine Blasey Ford testify against then-Supreme Court nominee Brett Kavanaugh, hearing echoes of Anita Hill. In November, we elected a record number of women representatives, including barrier-breaking women of color.

Amid all the craziness, University of the Arts student Aubrey Fink published two issues of a gorgeous and thought-provoking magazine that aims to further unite women. Her publication, The Bridge, is chock-full of (mostly) local women’s witty, moving, and personal stories.

We caught up with Fink to hear about the driving force and process behind The Bridge. Copies of the magazine are available right here, and 25 percent of proceeds go toward the nonprofit Girls Inc. 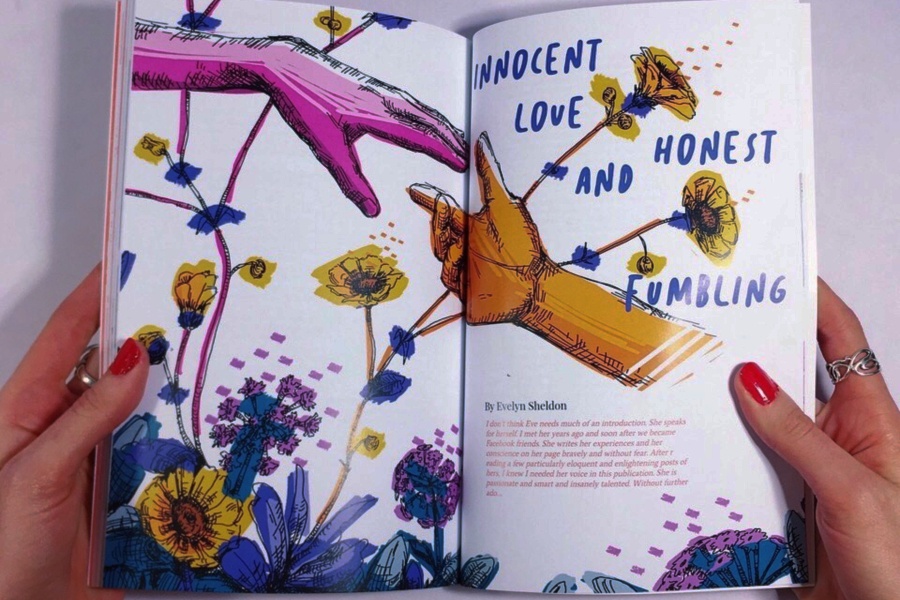 Tell me a little about yourself and how this project got started.
I’m senior graphic design student at University of the Arts. Last year, I got a grant from the Corzo Center, which is a part of UArts, to do this magazine. Getting the grant allowed me to do the first issue [which published in February 2018]. I had such a great time making it that I ended up publishing the second one, which came out this past October. Now, I’m looking to publish the magazine twice a year.

What inspired you to create The Bridge?
I am part of a big matriarchal family. My mom and I are unhealthily close. She has four sisters, so I spent my adult life surrounded by these crazy women. Everyone is really up in each other’s business.

I love magazines, but they feel very segmented. Cosmo is for 20- to 30-year-olds, O is for 40- to 50-year-olds. I wanted create something that spoke to the experience of being in a big family with lots of different ages, to focus on the things women share with each other, whether it’s something my mom might tell me about getting your period or something, but also things my sister would tell me, like how to use social media. 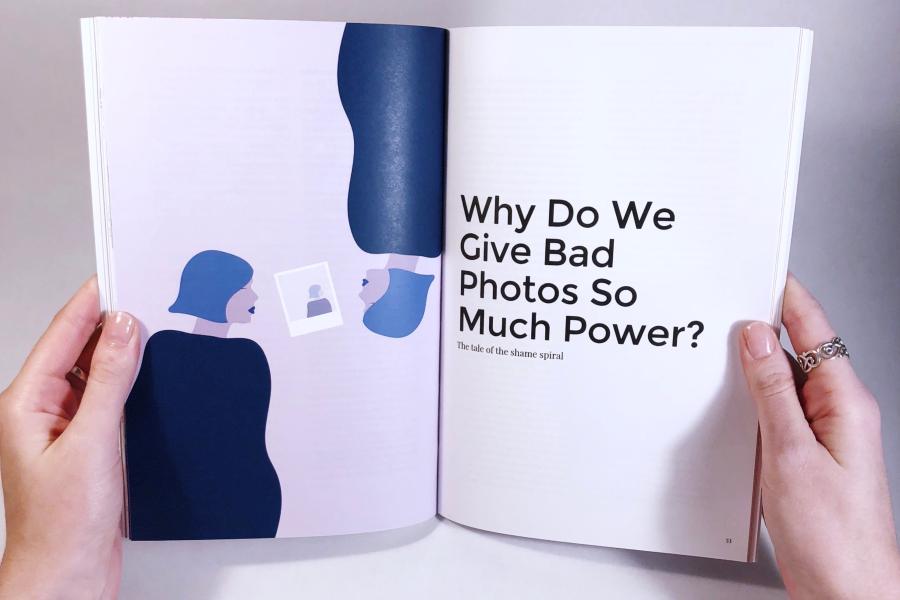 The election was such an intense time for women, and with #MeToo following. How might these events have helped shape The Bridge?
Amid of this horrible political upheaval, I’ve felt like the people I can turn to are the women in my family. I wanted to share stories about women, to say that our stories are valuable and deserve to be published and illustrated beautifully. My magazine isn’t inherently political, but I definitely publish things that can be seen as political because of our climate. I had a piece about abortion, a piece about a transgender woman. I’m not trying to publish things about Trump — I’m trying to publish more personal stories, to say, “This is what behind the headline,” to kind of ground the issues a bit. 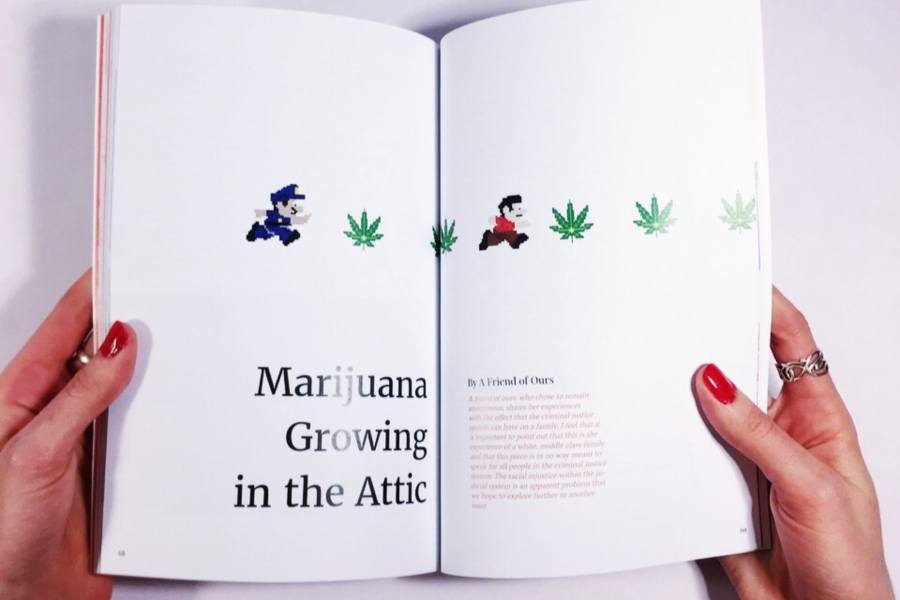 The magazine is beautiful. What was your original vision for The Bridge, and how did it play out?
When I first had the idea, I didn’t have a clear vision. I worked closely with Neil Kleinman, the executive director of the Corzo Center. Originally, I was thinking it was going to be a more traditional, glossy magazine that was super photography-heavy, but that wasn’t aligning with what I wanted. We went back to the drawing board, and I also worked with my professor, Jarrett Fuller, and the students in my class. It became more of a manual, like something you can put on your bookshelf and save, rather than something that feels disposable.

What’s it like actually collecting stories and putting the product together?
I’m not a very extroverted person, but this project has forced me to be more extroverted, because I’ve had to reach out to people I know or barely know and say, “I’ve heard XYZ, would you want to write about it?”

What’s exciting is that people have said yes. I have this running note in my phone of when I hear about somebody or a story, and it’s insanely long now. It’s going to take me issues and issues to get through. 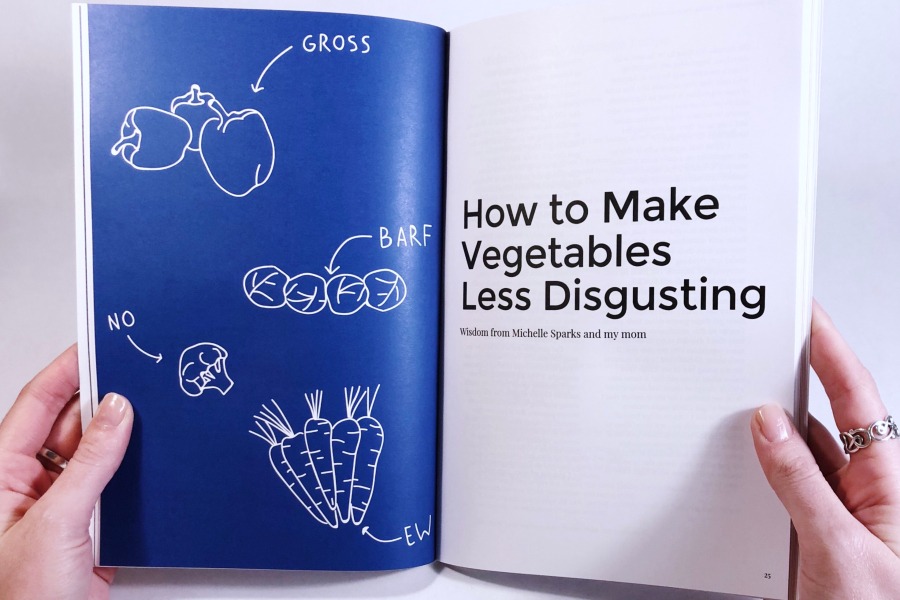 Why is it important that the magazine is intergenerational?
I’m realizing that it’s really easy to get a different sense of news or stories depending on your demographics. So the idea is to make a concerted effort to get women of different generations to talk to each other in the same magazine. When you read a very honest, personal story, you find yourself empathizing with it in a way you don’t empathize with news stories.

How are you working to cross other demographic lines, like race or class?
The first issue of the magazine featured mainly people that I know, which of course is a bubble. So it was really important to me, for the second issue, to be conscious in terms of diversifying when it comes to race, etc. In the second issue, there are two stories that relate to Latina identity, so it was important for me to find Latina illustrators to illustrate them, and I was moved by how they were able to pinpoint those complex issues visually. It’s something I want to expand on. 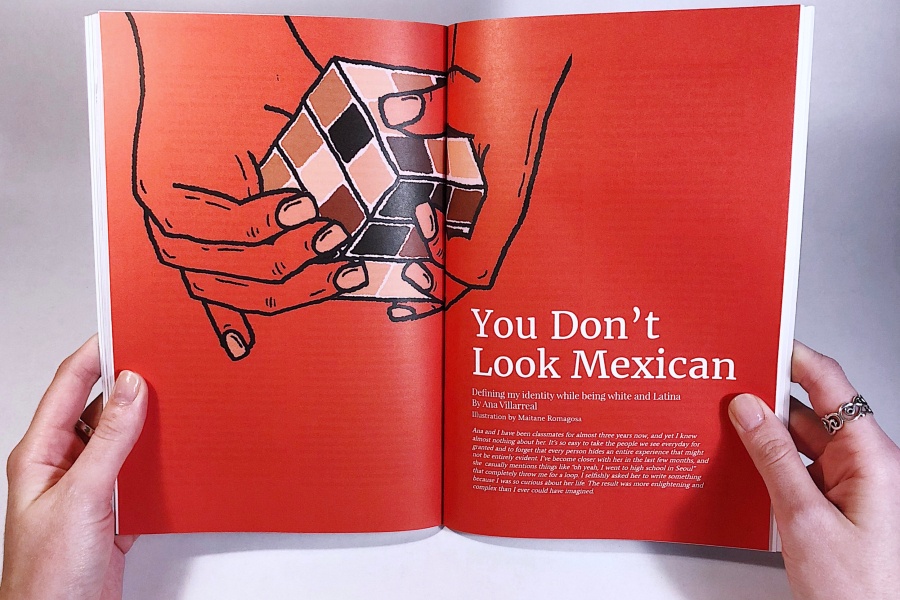 Going back to generational feuds, I’m thinking of the Aziz Ansari story, which started a conversation about what constitutes sexual assault, with, seemingly, older women often having different opinions than younger women. Can you think of other examples like this?
Totally. I love my family so deeply and truly, but of course we disagree on things. But the thing is, as family, you can disagree and still love each other and respect each other. In terms of this magazine, my goal is to create a culture of respect where you can hear each other out and be compassionate and open-hearted.

How about issues that women of all ages can agree on?
It seems like the #MeToo movement is more inclusive. It feels like most women can get on board with feeling like they shouldn’t have to be constantly on guard and protecting themselves, that they should be able to go to work and not feel victimized. Older women, 60 and 70 years old, still have stories. They say, “When I was 25 and working in the city, my boss chased me around my desk,” or, “I had a creepy uncle.” I think every woman has felt victimized in some way, at some point in their life, so everyone seems to be in agreement about that. It seems to be the men who have problems with that. Men seem to be the ones who want to write think pieces about it. 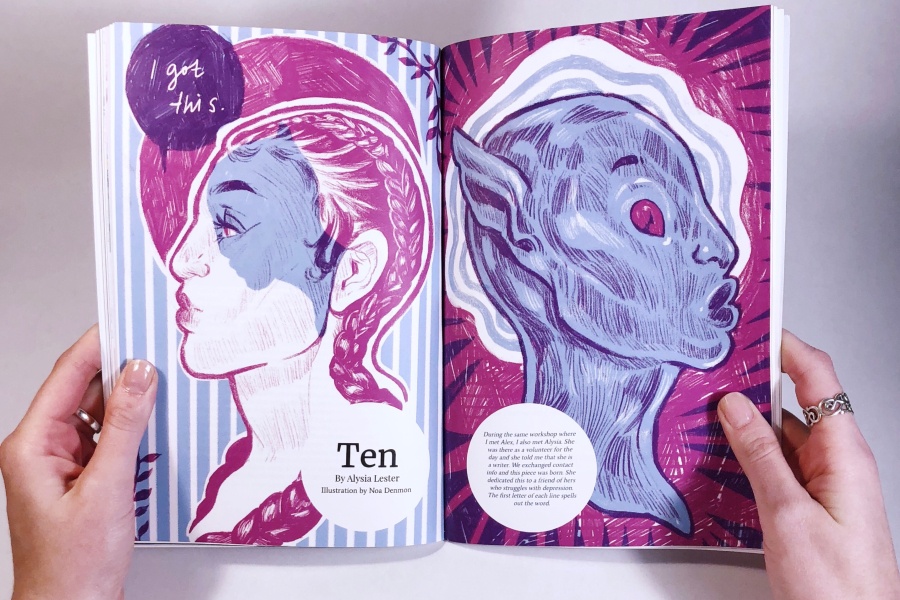 Last question: What are your favorite stories from the first two issues?
One that I hear most about is “How to Tell Your Gyno You’ve Been Sleeping Around.” The other one I love and cry about every time I read it is “Innocent Love and Honest Fumbling.” That’s about a transgender woman who fell in love in college.

There’s another one about addiction, a short piece about a woman whose son overdosed from heroine. She told me she wrote that on her phone the night she found out, which feels really raw and very powerful. I can’t imagine what that must be like, but there’s plenty of women who can, or women who have children who are struggling with addiction, so they can relate. 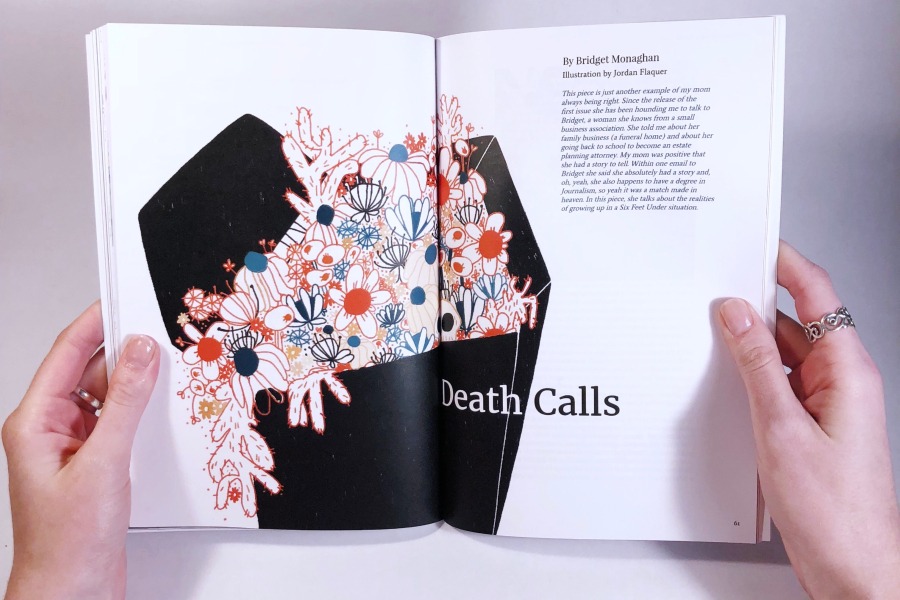