In a just-filed lawsuit, photographer Harris Fogel says it was just a collegial greeting between friends. The school says otherwise. 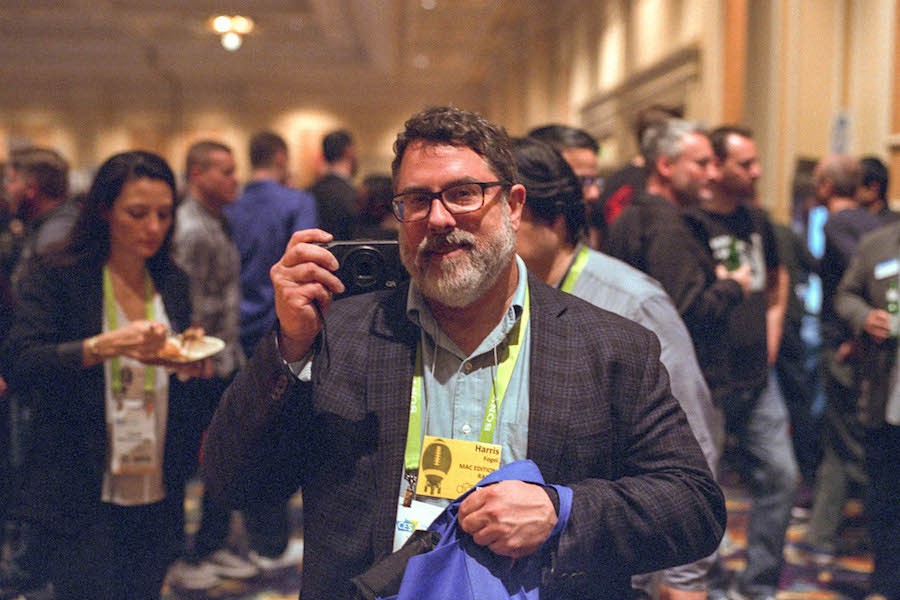 Harris Fogel is a photographer whose works are in the collections of the National Museum of Art at the Smithsonian Institute and the Metropolitan Museum of Art in New York, among other prestigious institutions. And, as part of his research into presidential photography, he’s sat down and interviewed people like Jimmy Carter and Gerald and Betty Ford. But now, Fogel finds himself at the middle of a controversy involving the University of the Arts in Philadelphia.

Fogel, a 59-year-old resident of Delaware County, was a tenured professor at the University of the Arts until March, when he was terminated after an investigation by the school into allegations about his behavior with two women photographers. Now, Fogel is suing the University of the Arts, essentially claiming that the findings were used as a pretext to end his 22-year career at the school.

According to Fogel’s lawsuit, filed in federal court in Philadelphia, his problems began last December. Fogel claims that is when a California-based photography professor wrote a letter to the University of the Arts, alleging that Fogel had greeted her with an unwelcome kiss in 2016 in the lobby of a Las Vegas hotel where a photography conference was being held.

As Fogel tells it in the suit, he had a professional relationship with the professor over the years, and he invited her to be part of an exhibit at the University of the Arts in 2015. Fogel says that he considered her a friend and a peer in the photography community, and the suit maintains that she never complained about the kiss and that the two attended various functions together at the Las Vegas conference without incident.

“Kissing a colleague in a social greeting is commonplace among UArts’ faculty members and Board members, as it is in many social settings,” reads the suit. “Professor Fogel has been kissed by professional colleagues, including his peers at UArts, literally thousands of times.”

But, according to the complaint filed in Fogel’s lawsuit, the University of the Arts, which launched a Title IX investigation, determined that the kiss was forced and non-consensual and that whatever happened between Fogel and the professor constituted “sexual assault,” according to language that the suit quotes from what it says is an official determination in the school’s investigation.

The lawsuit states that after Little wrote a letter to the University of the Arts about Fogel, another woman, whom Fogel describes in the suit as “a neophyte photographer,” did as well.

According to the suit, Fogel had served as a portfolio reviewer of the woman’s work at a photography event in March 2016. After he spoke with her about her photographs, Fogel says that he went to pull a business card out of his pocket to give to her but that he — accidentally, according to his version of events — pulled out his hotel room key instead.

“Here is my business card — oops, my room key,” he recalls saying to the photographer, claiming that he was embarrassed but that both he and the woman laughed at what the suit characterizes as an “inadvertent and trivial incident.”

Shortly after the event, Fogel says that the photographer sent him a thank-you email and that he responded with a “form-letter response.”

But then in December 2017, says the suit, the woman sent a letter to the University of the Arts, explaining that she had become aware that the school had opened an investigation into the California professor’s allegations — the suit claims that the two women know each other -—and that she wanted to report her own interaction with Fogel to the school. The suit alleges that the woman acknowledged to University of the Arts that the room key comment might have been a joke.

Neither the professor nor the photographer responded to requests for comment for this story.

In January 2018, one month after the professor sent her letter to the University of the Arts, the school found that “Professor Fogel had committed serious violations of the University’s Sexual Misconduct, Sexual Harassment, and Other Forms of Harassment Policy,” according to the suit. And then in March, the dean of the school upheld the conclusions of the investigation and fired Fogel. But Fogel says the real reason he was fired is that the dean just doesn’t like him, and the Title IX stuff was used as pretext to get rid of him.

In the lawsuit, Fogel accuses University of the Arts of violating Title IX policies and procedures, in part by conducting the investigation in a way that was biased against him due to his being a man. He also accuses the University of the Arts of breach of contract and negligence. As for the professor, he says she defamed him by telling people that he had been inappropriate with her, when he says he was not. The suit seeks unspecified damages.

“Title IX was used as a pretext to violate Professor Fogel’s rights as a tenured faculty member,” says his lawyer, David McComb of Zarwin Baum. “While the ‘MeToo’ movement has done many positive things, it should not be used as an excuse to eliminate due process.”

“The University of the Arts, as a matter of policy, does not comment on pending litigation,” school spokesperson Paul Healy told Philly Mag. “However, the University is confident that it has acted in full compliance with the law, and in the best interests of the University community.”