Police say they found four deadly devices in his home. 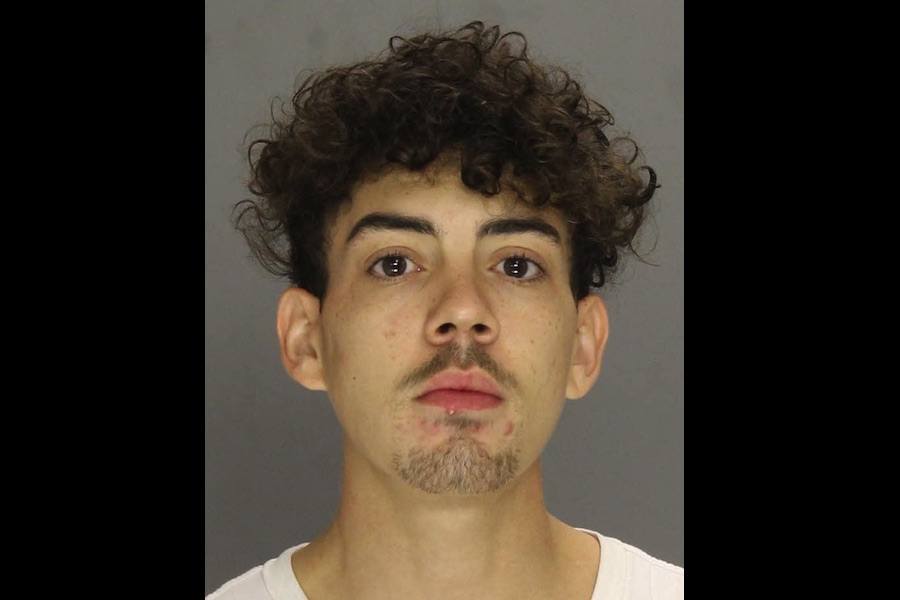 Lemar King in his mugshot. (Photo via the Delaware County District Attorney’s Office)

The Delaware County District Attorney’s Office has announced the arrest of 24-year-old Collingdale resident Lemar King on charges that he was “manufacturing weapons of mass destruction.”

On Tuesday, the Collingdale Police Department as well as officers from the Delaware County Sheriff’s Office went to serve a bench warrant on King for allegedly failing to appear in court in a drug case against him. Police say that when they got to his house, they couldn’t get him to come out and they found that the door had been barricaded.

Once they got through the door, they took King into custody without incident. But they say they also found four incendiary devices containing an unidentified liquid. The bomb squad came out, and the ATF was called in as well.

According to prosecutors, tests on the devices showed that they were capable of causing death. King admitted to investigators that he had recently set a similar device off in FDR Park in South Philadelphia, according to an affidavit of probable cause in the case.

King has been charged with four counts of manufacturing weapons of mass destruction, risking a catastrophe, possessing incendiary devices, possession of instruments of crime, and recklessly endangering another person. He remains in custody, with bail set at $100,000.

“In this case, the defendant, Lemar King, put his surrounding community and officers in serious danger through the creation of four volatile, flammable homemade incendiary devices which could have caused bodily harm and even death if ignited,” said Delaware County District Attorney Katayoun M. Copeland in a statement. “I would like to commend the members of the Delaware County Sheriff’s Office and the Collingdale Police Department Officers who responded that day to an extremely dangerous situation and ensured the safety of residents by acting swiftly and courageously. I would also like to commend the CID Bomb Unit and ATF agents who secured the scene and tested and discharged the devices to ensure the safety of all those involved.”