The Best Thing That Happened This Week: An Error of Biblical Proportions 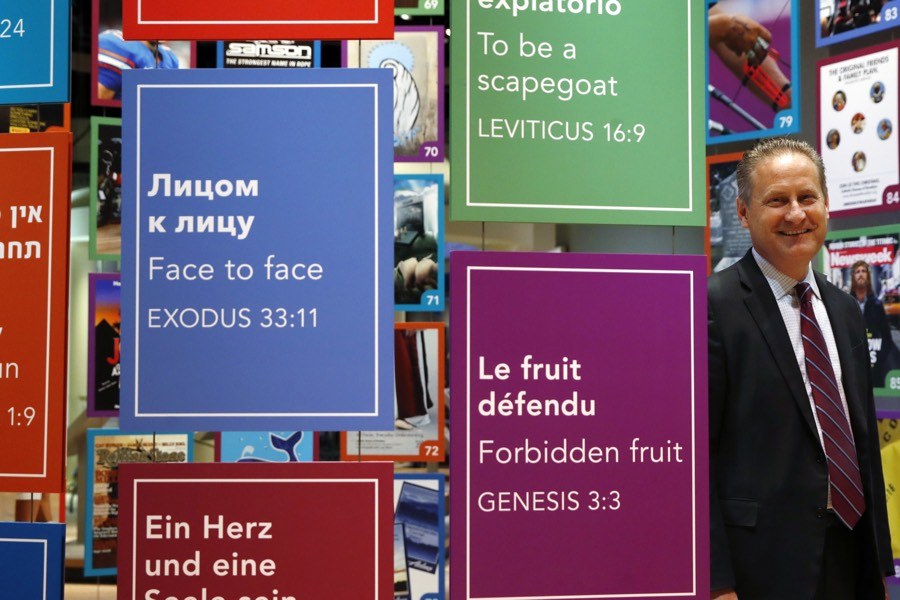 Steve Green, the owner of Hobby Lobby and a founder and major backer of the Museum of the Bible, on Oct. 30, 2017, in Washington. (AP Photo/Jacquelyn Martin)

When last we were paying any attention to the Museum of the Bible, the D.C.-based evangelical extravaganza funded by the Green family of Hobby Lobby fame, it was getting smacked with a $3 million federal court fine for illegally smuggling antiquities into the U.S. from Iraq. (The Washington Post, in reporting on the crime in 2017, noted that the smuggling “probably fueled a black market for antiquities that is exploited by terrorist groups, among others.” Way to love thy neighbor, Hobby Lobby. Always thinking of others, aren’t you, just like in that big lawsuit you won saying you don’t have to provide contraceptives to your workers because of your religious beliefs.) The museum also had to return 3,500 purloined items, which is sort of interesting considering that its original mission was “to inspire confidence in the absolute authority and reliability of the Bible,” one of which’s pretty clear-cut admonishments is “Thou shalt not steal.” That mission statement had to be, uh, massaged a bit when scholars rose up en masse to note that attempting to prove the accuracy of the Bible via archaeological evidence was “extremely problematic,” as the president of the Archaeological Institute of America put it. Scholars have also questioned the authenticity of what the museum displays as genuine, authentic Dead Sea Scrolls, the fragments of religious writings found 70 years ago in a series of West Bank caves and dating back as far as the 8th century BCE.

Well, now, lo and behold, the museum has admitted that five of its 16 scroll fragments are phony, after German scholars examined them and determined that they “show characteristics inconsistent with ancient origin.” And those were just the first five tested. Altogether, the museum has yanked seven scroll fragments from display and will further test its remaining nine.

In an interview before his museum’s 2017 opening—the gala was held at Trump Tower—family patriarch Steve Green told CNN he couldn’t pinpoint the provenance of the supposed Dead Sea scrolls: “There’s been different sources, but I don’t know specifically where those came from.” Neither does anyone else, but experts say the way the museum went about gathering its artifacts—basically, by tossing huge wads of cash around the Middle East—was an open invitation for forgers to go to town.

It’s been just one hit after another for the museum ever since the Greens conceived of its monumental doors and started to justify the ways of God to man. It’s almost like the Guy Upstairs has a sense of humor, you know?