One of Us: Ray Didinger

The NBC Sports Philadelphia Eagles analyst and WIP host, who just released his latest book, The Eagles Encyclopedia: Champions Edition, talks roast pork sandwiches, his near-disastrous vacation, and the most overrated Eagle of all time. 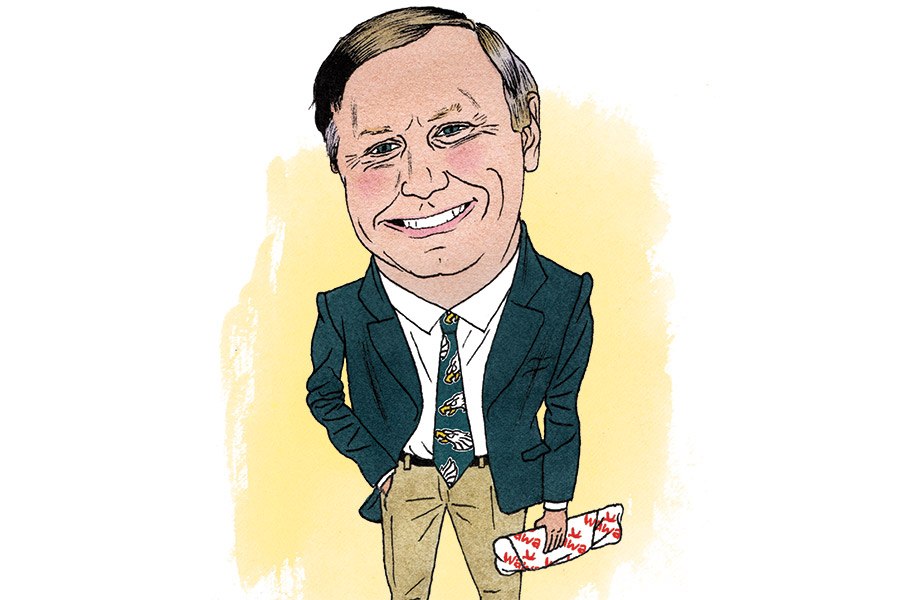 My full name is … Raymond Reede Didinger. The “Reede” is the name of a guy who served with my father in World War II and was killed.

My nickname is … R. Diddy. A viewer once wrote in and called me that, and it caught on. Nicknames work because they’re spot-on or totally wrong, and this couldn’t be more wrong.

I was born in … Southwest Philly, on Woodland Avenue.

My first car was a … red 1968 Pontiac Firebird, a gift from my parents when I graduated from Temple. Now, I drive a Chevy Cruze.

These days, I live in … East Falls, but my wife, Maria, and I are moving to Rittenhouse Square. We’re so excited. It’s a whole new lifestyle.

My jobs in Philly have included … sportswriter and columnist for the Bulletin and Daily News, TV commentator for KYW and Comcast SportsNet, which is now NBC Sports Philadelphia, talk-show host on WIP, and writer and producer at NFL Films.

The chances of Philly ever hosting a Super Bowl are … slim.

The whole taking-a-knee thing is … understandable and entirely valid, but it’s unfortunate that it’s become distorted and turned into something that it’s not: anti-military, anti-flag and anti-Anthem.

The next Philly team to win a championship will be … the Eagles. Maybe not this year.

For Thanksgiving … I won’t be covering a football game, for a change. The Eagles hosted a lot of Thanksgiving games, and I’m thankful that I get a chance to be home this year.

I met my wife … at the Daily News in 1980, when she was a restaurant critic and reporter.

At the end of the day, I like to … sit on the couch and pet our bulldog, Arlo.

The greatest Eagles player who ever lived was … Chuck Bednarik, but my favorite is Tommy McDonald.

The most overrated Eagles player was … actually a coach: Buddy Ryan. Fans loved his braggadocio and bluster, but the fact is, he never won a playoff game.

My last Wawa order was … an Italian Classic with Herr’s kettle chips, a 32-ounce Diet Coke and a chocolate chip cookie.

For our last big vacation … Maria and I went on a transatlantic cruise in March, which was great until we sailed into a monster storm and almost sank.

My first concert was … the Stones, at the Spectrum in the early ’70s.

Maria and I love to eat at … Osteria, Vernick and Parc. And that roast pork at DiNic’s in the Reading Terminal is about as fine an eat as you’re ever gonna find.

One game you’ll never beat me at is … music trivia on a cruise ship.

My biggest annoyance in Philly is … traffic.

My kids are always telling me … that I need to tell them what to buy me for my birthday and Christmas. I turned 72 in September, and we had that exact conversation.

The best sports movie of all time is … Rocky. Any great sports movie is an underdog story, and nobody did that better than Stallone.

The bad rep that Philly fans have is … totally unjustified and a product of lazy reporting in the national media. We have the best fans.

Published as “One of Us: Ray Didinger” in the November 2018 issue of Philadelphia magazine.