Here's what to expect — including zombie dance parties, straw mazes and the return of the Chestnut Hill College Quidditch tournament. 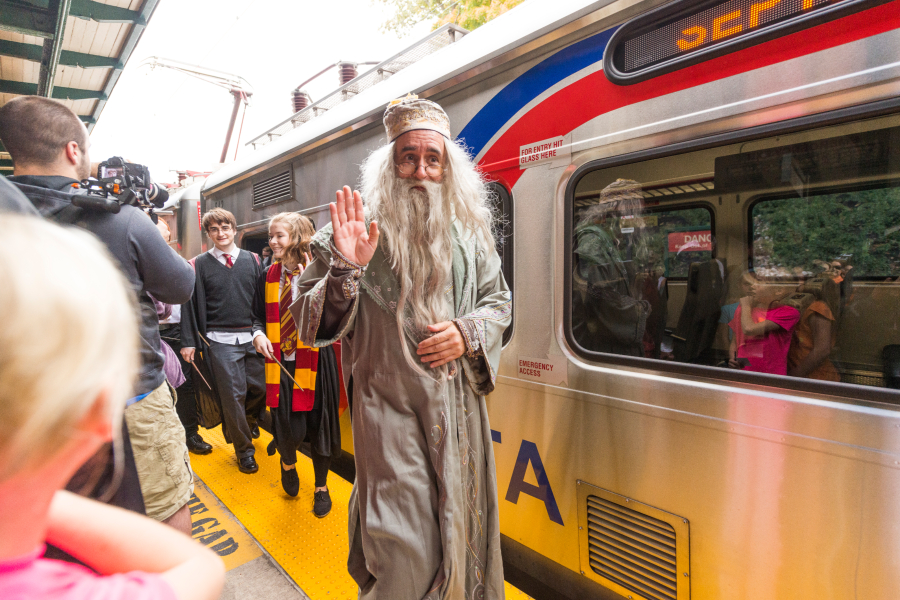 A Dumbledore lookalike makes his way to the Chestnut Hill Harry Potter Festival, now known as the Witches and Wizards Festival. | A. Sinagoga for VISIT PHILADELPHIA®

After Warners Bros. swooped down from its Hollywood castle to deliver a cease-and-desist letter to Chestnut Hill neighborhood leaders in June (threatening legal action to protect its copyrights), organizers decided to surrender the name of their beloved festival. And all of Philadelphia was heartbroken — but only for a few months.

Now, we’re somewhat relieved to learn that the spirit of the event will return this fall. For the first time, the neighborhood will host what it calls the “Witches and Wizards Festival.”

The Chestnut Hill Business District just announced details on the Witches and Wizards Festival, which will usher in “a new fall tradition that mixes one-part spooky thrills, one-part ghosts of wizards-past, and one-part family fun for an action-packed weekend in the charming urban village.”

Think of it as the Harry Potter Festival … but for muggles. It won’t (again, officially) feature names or images associated with Harry Potter, but it’ll come pretty close to the event we have come to know and love. And don’t worry: You can still dress as Harry Potter or Hermione Granger or Dumbledore or Dobby or whomever your heart desires.

The Witches and Wizards Festival will be held on two days: October 19th and 20th. On the evening of the 19th, 21-plus magic-lovers will gather for a Brews and Broomsticks Pub Crawl to kick off the weekend. (Details and tickets for that event can be found here.) Then, family-friendly programming will commence on Saturday, including fire-breathers, zombie dance parties, a costume parade and contest, hay rides, the return of the Chestnut Hill College Quidditch tournament, the Woodmere Art Museum Straw Maze, science demonstrations, and more.

Activities will take place at Chestnut Hill College, Woodmere Art Museum, and designated locations surrounding Germantown Avenue. Unlike previous years, Germantown Avenue will remain open to vehicular traffic during the festival — there will be no closed street fair, sadly. (Though that’s probably good for those who remember past traffic woes.)

The pub crawl, which will feature 10 participating bars and restaurants, will cost $25 per ticket. Admission to the festival on Saturday is free — though some on-site activities will require tickets. You can register for the Witches and Wizards Festival here.

For more information on the Witches and Wizards Festival, including where to park and a schedule of events, visit the website for Chestnut Hill.