Does Your Brood Bleed as Green as This Three-Generation Eagles Family? 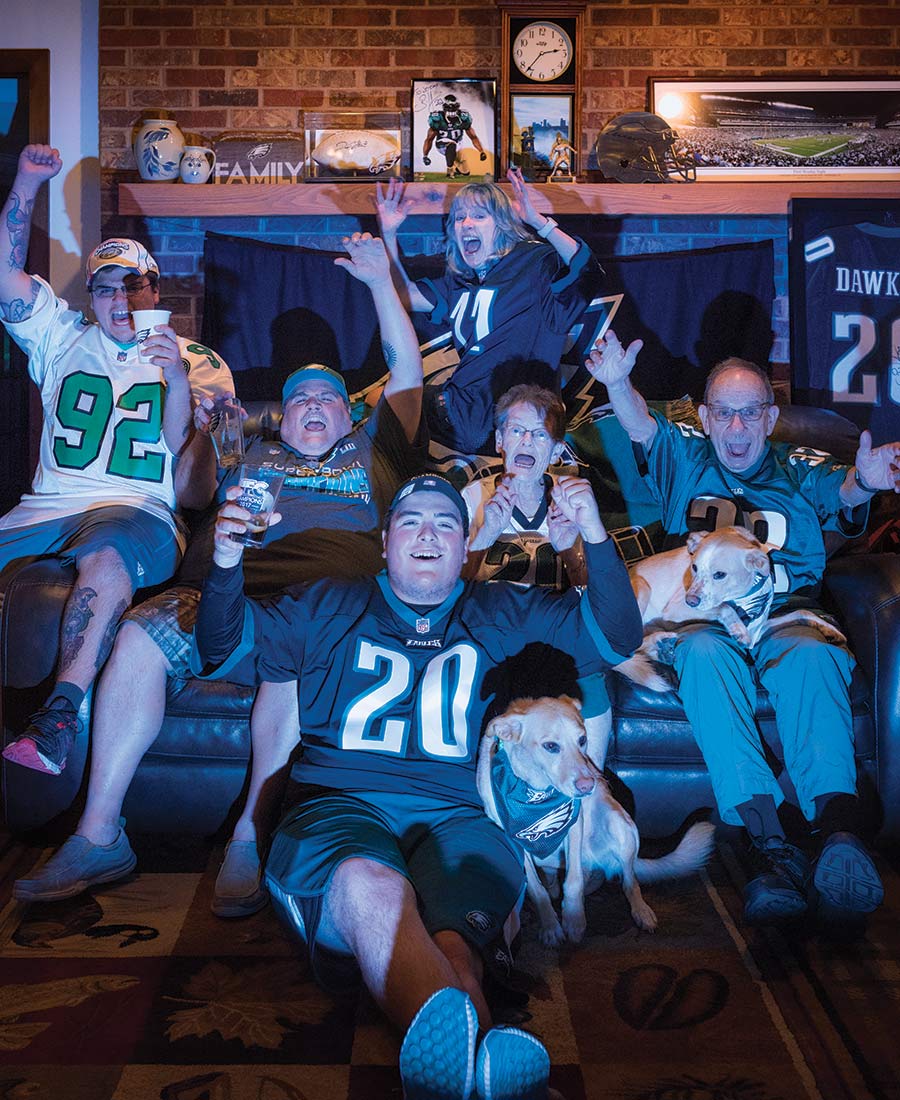 This is the Del Fabbro family. If you don’t know them, you probably know a family just like them. Or, better yet, your family is just like them. Which is to say: Eagles-obsessed.

Peggy Del Fabbro says it really started with her mother, 86-year-old Helen Davis. Helen was — is — a passionate all-around sports fan, but somewhere along the way, the Eagles rose to the top for her and her husband, Charles. When Peggy met her own husband, Adrian, they bonded over the Birds, then passed their passion along to their two sons, Zachary, 23, and Jeremy, 20.

As with so many families, their weekends revolve around where and when the Eagles are playing. If it’s a home game, they scramble to decide who’ll get to use the family’s three season tickets at the Linc. A road game? All three generations typically converge on the Del Fabbro home in Northern Delaware to eat, and root, and indulge their devotion to the team. Will the love last another generation? The signs look good, says Peggy: “One day my kids said to me, ‘You know what, Mom? We hate the Cowboys more than any team in any sport.’ I said, ‘I raised you right.’”