Someone Just Bought a $4.5 Million Nickel in Philadelphia

The 1913 Liberty Head Nickel is one of the rarest coins in the world — and in a way, it’s come home: It was made at the Third Philadelphia Mint. 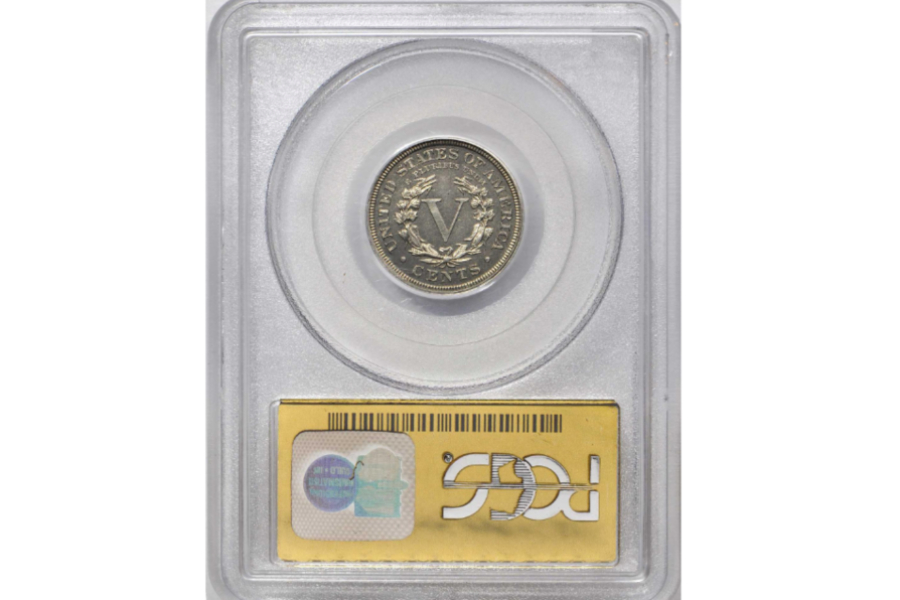 Someone paid $4.5 million for a five-cent coin at an auction in Philadelphia on Wednesday night.

The coin, a 1913 Liberty Head Nickel, is one of five of its kind. Called the Eliasburg coin (after the coin collector and financier Louis E. Eliasberg, who bought it in 1948), it’s regarded by aficionados as “by far the finest” of the bunch. Per Stack’s Bowers Rare Coin Galleries, two of the other Liberty Head Nickels are currently in museums.

The coin was sold in Philadelphia on Wednesday during the American Numismatic Association’s World’s Fair of Money. The event, which is being held at the Pennsylvania Convention Center through Saturday (when admission is free!), features more than $1 billion worth of historic rare coins and currency, including $100,00 bills — and the 1913 Liberty Head Nickel.

Here’s how the Stack’s Bowers website describes the coin:

The coin has a glittering mirror surface and is the only specimen with this characteristic. A small planchet lamination is at the rim.

This 1913 Liberty Head nickel has been widely acclaimed and has been seen by more people and has been featured in more exhibitions than any other. Writing about this coin in 1956 as part of its showcasing in his collection booklet or program for “An Exhibition of the World’s Foremost Collection of United States Coins,” Louis E. Eliasberg, Sr. noted in part:

“Apparently, only five specimens of the Liberty Head type were struck in 1913.… This is regarded as the finest Proof specimen.”

In a way, the coin has come home: It and its four siblings were produced at the Third Philadelphia Mint (which the Community College of Philadelphia acquired in 1971). If you’re so inclined, you can read all about the coin’s history on the Stack’s Bowers website.

It’s not clear who bought the nickel — the lucky buyer’s name was not disclosed. But the final price tag was $4,560,000.

Brian Kendrella, president of Stack’s Bowers Galleries, told 6ABC that the purchase is “truly a momentous sale and one for the history books.

“The new owner of the Eliasberg nickel now possesses one of the rarest, most valuable United States coins, and one of only three examples of this coveted coin in private hands,” he said.

Stop by #Booth218 at the @ANACoins World's Fair of Money and view three of the nation’s 1933 Double Eagle Gold Coins—one of which is the previously undisclosed specimen that was voluntarily and unconditionally given over to the government by a private citizen. @USMoneyfactory pic.twitter.com/7c1jEqPEp5