Following An ‘F’ Grade, All Pa. Schools Must Test Lead in Drinking Water

The other option? Informing students’ parents they will forgo the test. 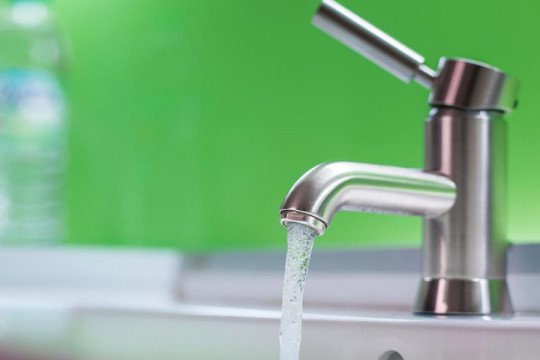 All Pennsylvania public schools will test their facility’s drinking water for elevated lead levels this upcoming school year, or inform students’ parents that they are forgoing the test.

That, at least, is the compromise struck in an updated state budget school code for 2018–2019, WHYY reports — which is timely, given PennEnvironment Research & Policy Center’s recent report that gave Pennsylvania an ‘F’ grade for having no required testing for schools. Legislators, meanwhile, are pushing bills that would make the testing mandatory and provide funding to carry it out.

State Sen. Art Haywood, who represents parts of Philadelphia and Montgomery County, started working on the issue after a visit to Flint, Michigan, in 2014. He had originally pushed for mandatory, fully-funded testing.

“My position is that the cost to our communities and our children of having the lead ingested is a much higher cost than doing testing,” Haywood told WHYY.

Philadelphia has required schools to test for lead in drinking water since 2016. The Philadelphia School District’s “action level” is 10 parts per billion (ppb) compared to the EPA’s national 20 ppb. A run-down of all the schools in the district and their test results is available online.

Accompanying the results is a letter explaining to parents and guardians how the school fared and what comes next. At a school where the test for one fountain came back eight points above the district’s action level, for example, the letter said the fountain in question was immediately shut off. “We are currently developing an action plan to repair or permanently remove it,” the memo read.

Remediation is key to the statewide mandate, too. Schools that find elevated lead in their water will need to have a remediation plan in place and provide alternative sources of drinking water, the Philadelphia Tribune reported in July.

“This is a step forward for school districts to be sure they are providing a healthy environment for teachers and students to focus on education,” Haywood told the Tribune.

The testing that has taken place in public schools until now has been sporadic and inconclusive, according to Stephanie Wein, a clean water conservation advocate with PennEnvironment.

“It just shocks every parent I talk to that there are no federal requirements for testing or reporting for lead in drinking water for schools,” Wein told WHYY, “and no legal threshold for this neurotoxin in the very places our kids go to learn and grow.”