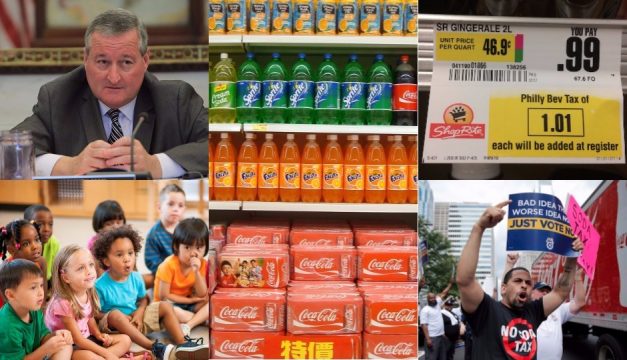 Renovations for Harrowgate’s Heitzman Rec Center will be the first project funded by the city’s contentious soda tax, PlanPhilly reports.

The revamp sees the first use of Philadelphia Beverage Tax funds after a protracted lawsuit held the revenue in limbo since it was first implemented at the outset of 2017. Now, the portion of income intended for the city’s Rebuild program — an ambitious plan to spend upwards of $500 million to revamp city parks, libraries, and rec centers — is finally being doled out.

The announcement for the Castor Avenue playground’s makeover — at a press conference on Monday — comes weeks after the State Supreme Court upheld the tax following a suit from distributors, producers, and vendors of soda and other sweetened beverages, that alleged the levy was “duplicative,” since customers already pay state sales tax. The court held, instead, that the tax is carried out at the wholesale stage.

“Just a few weeks ago, the state Supreme Court ruled in our favor, and now Rebuild is not a dream, it’s not someone’s aspiration, but it will be — and is becoming — a reality,” city Managing Director Mike DiBerardinis said at Monday’s press conference.

Revenue from the soda tax has been underwhelming, and has caused many to speculate about a scaled-back version of Rebuild. DiBerardinis said the city would be issuing $300 million in bonds, the funds from which are set to arrive in the next three months.

The city will meet with Harrowgate residents in the near future to discuss what they want to see at their neighborhood playground. Aparna Palantino, deputy commissioner of Philadelphia’s Department of Parks and Recreation, stressed the importance of community input.