The Sixers center and social media darling posted a video on Instagram Sunday showing himself cooing over lion cubs — and getting bit by one. 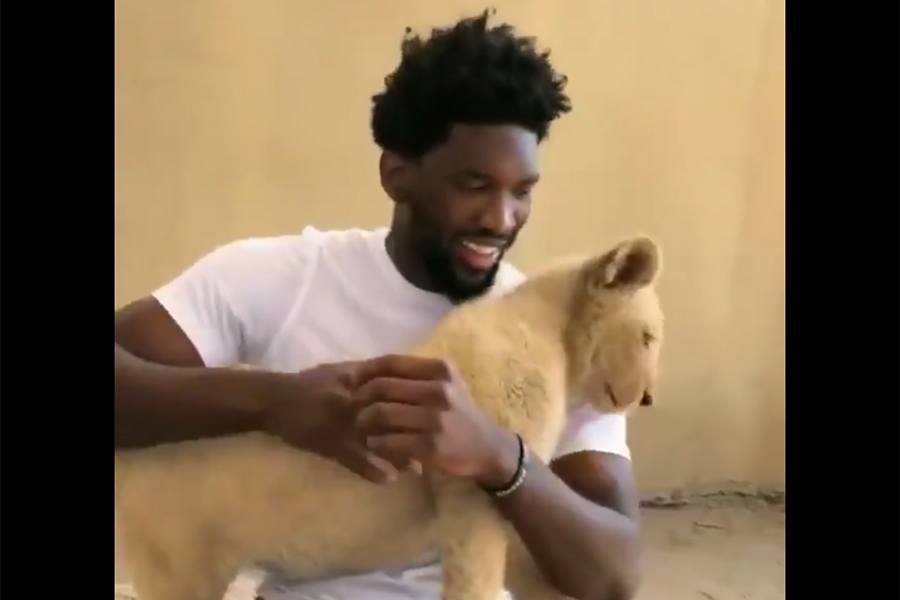 For basketball players, an average NBA offseason might include grueling training sessions punctuated by long bouts of boredom. But Joel Embiid is no average NBA player.

The Sixers center and social media darling posted a video on Instagram Sunday showing himself cooing over lion cubs and getting bit by one in his lap — one with shot blocker-sized paws. If Embiid’s yelp is any indication, the cub really sank its teeth in.

The Cameroon native was in South Africa with Basketball Without Borders, which features an exhibition game between professional ballers from Africa, or Team Africa, and a squad of other international players, dubbed Team World. The game capped a week of various events and camps to benefit charities, including the Nelson Mandela Foundation and UNICEF.

In another post, Embiid is seen hefting a wheelbarrow of bricks (you can see where this is going) doing volunteer work. In the caption, he takes a swipe at himself for missing a crucial shot at the end of Game 5 versus the Celtics. He even tagged the location “TD Garden.”