And basically confirms everything we wrote. 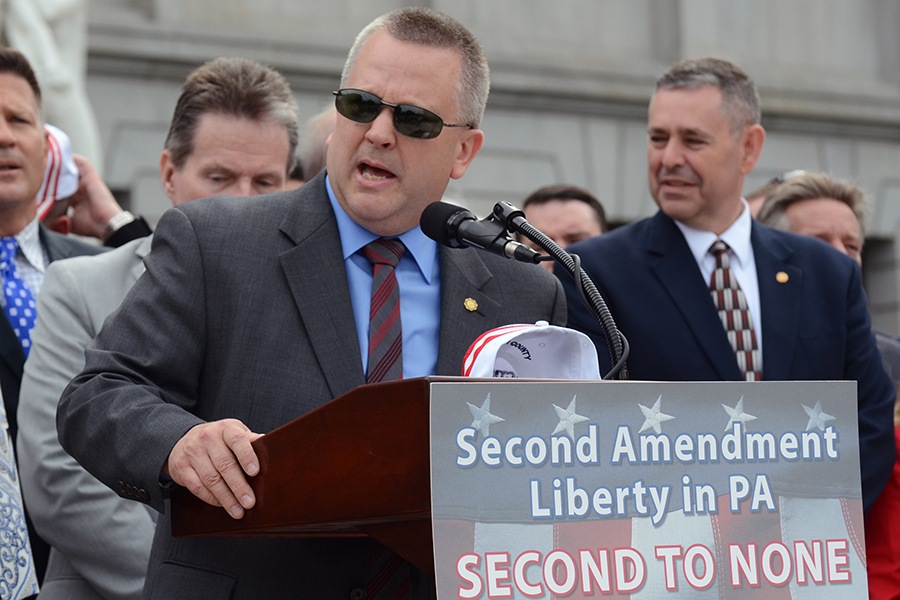 Daryl Metcalfe at a May 2015 rally in Harrisburg. Photo by Marc Levy/AP

Saturday and today profile stories were published about me. The “journalists” worked on these stories since May. The…

Metcalfe, of course, is the Republican state rep from Butler County who’s been actively feuding with numerous members of Philadelphia’s Harrisburg delegation (see “Touchy-feelygate” and the “lying homosexual rep Brian Sims” debacle). He’s also made a point of shooting down any and all Democrat-sponsored legislation in the State Government Committee, which he chairs. For these reasons, we sent reporter Jonathan Valania out in search of the man behind the memes. However, Metcalfe, despite myriad requests for an interview, never agreed to speak with us for the piece (nor did he speak to the Pittsburgh Post-Gazette for the profile the paper just ran on him).

Given his cold shoulder through the months-long reporting process, we were more than a little surprised (and, honestly, a bit flattered) to see him even acknowledge the story. We’re not surprised, however, that he wrote off a deeply reported, extensively fact-checked story as fake news, nor that he takes issue with the sexual orientation of Democratic challenger Daniel Smith’s biggest donor (Mel Heifetz, a Philly-based gay rights advocate and mega-donor who’s dropped at least $11,250 into Smith’s coffers this year).

And I guess we’re not surprised that Metcalfe takes issue with a reporter — having been serially rebuffed in his attempts to ask basic accountability questions of a public servant — showing up at his home in an attempt to, y’know, report. But that’s something other politicians don’t seem to understand these days, either.

We did not reach out to Metcalfe for comment on this report.