They found the pug "sneaking through homes" in the New Jersey beach town — but don't worry, he's been released on bail. 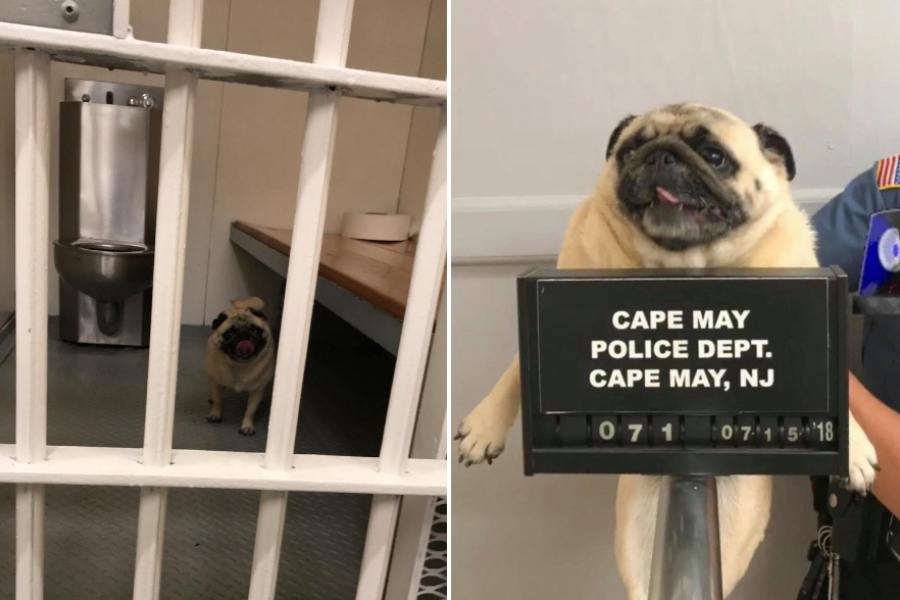 Let it be a lesson for pugs everywhere.

The Cape May Police Department released a different kind of mug shot on Monday — a “pug mug.”

Police say the pug pictured was captured on Sunday while “sneaking through the yards” on the 1300 block of New Jersey Avenue in Cape May.

He was placed in a jail cell while police put out a call for his owner — who promptly came to his rescue.

The pug was released on bail on Sunday. It’s unclear what, exactly, the bail was.

Now he’s an internet celebrity: His “pug mug” has been shared more than 5,700 times.