Joseph Lubowitz, who founded Humble Beginnings Recovery Centers, could face up to 100 years in prison if convicted. He is currently out on bail. 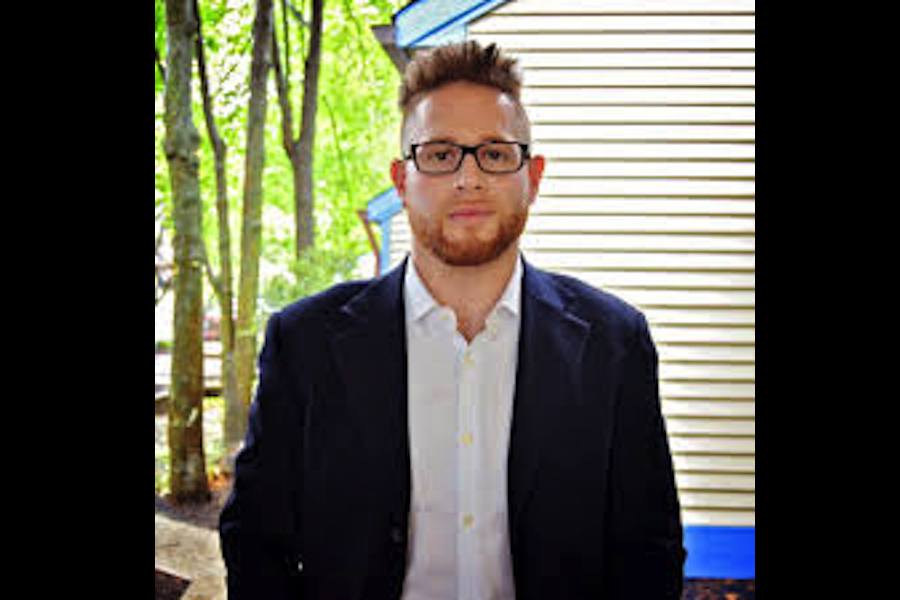 This since-deleted photo was on Joseph Lubowitz’s bio page for his company, Humble Beginnings Recovery Centers.

It’s not Joseph Lubowitz’s first time in the news.

The 29-year-old man, who went from drug user to CEO of Humble Beginnings Recovery Centers, has been profiled in places like South Jersey’s Courier-Post and the Business Journals.

In 2017, when Pennsylvania attorney general Josh Shapiro decided to tackle the opioid crisis, he called on Lubowitz to tell his remarkable turnaround story to residents of Luzerne County. And when Shapiro called a press conference to talk about the multistate investigation into drug companies’ roles in that crisis, he brought Lubowitz along to tell the media how easy it was for him to score prescription painkillers, which eventually led to his addiction to heroin.

But now, Lubowitz is in the news for all the wrong reasons, and it is he who is a target of a major investigation.

Lubowitz, who lives in Northern Liberties, has been charged with health care fraud, conspiracy, money laundering and illegal patient brokering. He’s one of four people indicted in the case by a federal grand jury in Florida, and the case is one of many health care corruption cases announced by officials in Florida last week. There are reportedly 124 defendants in total.

According to the indictment in the Lubowitz case, two recovery-related businesses in Palm Beach County — a drug treatment center called Real Life Recovery and the sober living home A Safe Place — were at the crux of a conspiracy that saw more than $58 million in insurance claims submitted for substance abuse treatment services.

The problem, claim prosecutors, is that the patients in many cases never received those services. Staff allegedly collected urine from drug users but didn’t actually test it, and, at times, wouldn’t take the appropriate treatment actions upon receipt of a positive result when the urine was actually tested. Prosecutors say that heroin users were given free rent while their insurance providers were allegedly bilked.

Lubowitz, who also maintained a residence in Palm Beach County, is accused of being a “patient broker” for the drug treatment center and sober living facility, allegedly funneling drug users to those businesses and accepting kickbacks and bribes for his services.

The Upper Dublin native, who studied business at Penn State, could face a maximum of 100 years in federal prison if convicted on all charges. Prosecutors are also seeking a judgment against the defendants to the tune of more than $20 million.

Lubowitz was released from federal custody after paying $15,000 cash bail. He must submit to random drug testing as he awaits trial, and he’s not allowed to travel outside of Pennsylvania, New Jersey or Florida.

Humble Beginnings Recovery Centers, which currently operates locations in Willow Grove and Cherry Hill, was founded by Lubowitz in 2014. “The sad part is,” Lubowitz told the Courier-Post when he opened Humble Beginnings, “it’s getting to the kids and people are getting younger and younger.”

His bio and photo were recently deleted from the company’s website.

When asked for comment on the arrest in light of Lubowitz’s 2017 appearances with the attorney general, spokesman Joe Grace said: “Mr. Lubowitz, like dozens of other Pennsylvanians, shared his story of recovery through our Office of Public Engagement. We are surprised to learn of these charges today and we are very troubled by these allegations.”

Neither Lubowitz nor his attorney were immediately available for comment.