Donald Trump’s not the only ignominious alum you won’t hear about on local campus tours. 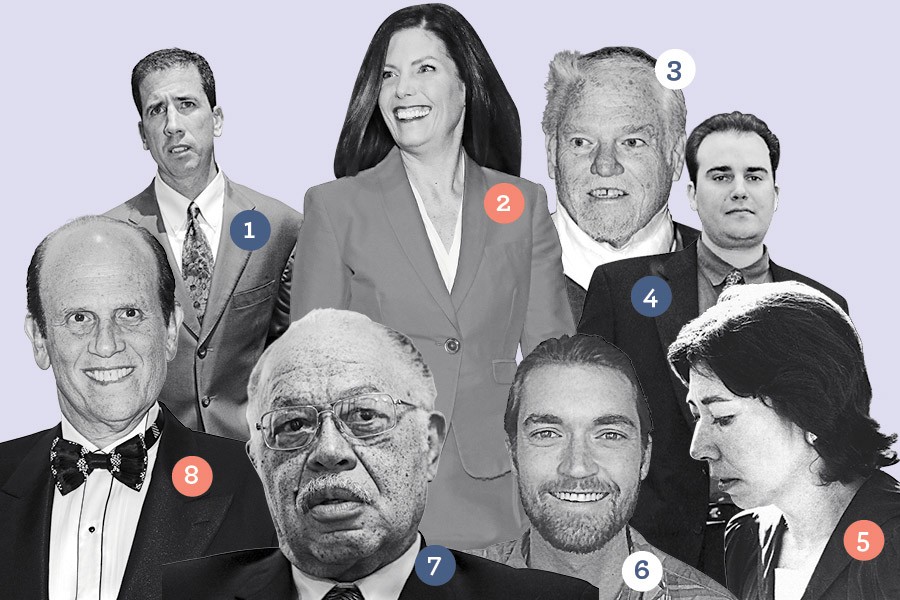 Over the course of its 278 years, the University of Pennsylvania has racked up plenty of famous alumni: Elon Musk! John Legend! Bring up a certain Donald J. Trump, though, and you’re liable to get hit with a “No comment.” But Penn’s hardly the only local institution with an infamous alumnus or two. (See: Bill Cosby and Temple.) Here, eight folks who don’t turn up in the official college brochures:

Institution: Villanova
Graduated: 1989
Major: English.
Later misdeeds: As an NBA referee, gave advice to gamblers and bet on games he officiated.
Quotable: Former ’Nova baseball coach Larry Shane, who knew Donaghy as a boy, told the New York Times: “He didn’t have a good relationship with other kids on the block. He was a small, frail kid.”

Institution: Penn
Graduated: 1961
Major: English.
Later misdeeds: In 1977, Einhorn murdered an ex-girlfriend and, pending trial, fled to Europe for nearly two decades until his extradition and conviction. Einhorn was a cult figure of sorts while at Penn, teaching a series of free courses that included “Analogues to the LSD Experience.”
Quotable: Penn prof Stuart Samuels, a character witness at Einhorn’s 1979 bail hearing, told the student paper: “I’ve found him lovable, warm, compassionate.”

Institution: Drexel
Years attended: 1991-’97
Major: Information systems.
Later misdeeds: With two fellow frat bros, manipulated an online horse-betting system and won $3 million from the Breeders’ Cup in 2002. The bets raised suspicion, and all three went to prison.
Quotable: A frat pledge told the WaPo that Harn got him out of chores and “let me go drink with him in his room.” Sounds like a nice guy!

Institution: Bryn Mawr
Years attended: 1956-’58
Major: Philosophy.
Later misdeeds: Schreuder was, per the New York Times, forced out at Bryn Mawr for theft and writing fake checks. Fearing being written out of the family will, she pressured her son to shoot her father. Schreuder still ended up inheriting some family money after her 13-year prison sentence.

Published as “Dishonor Roll” in the July 2018 issue of Philadelphia magazine.