The Best Thing That Happened This Week: The End of an Aura 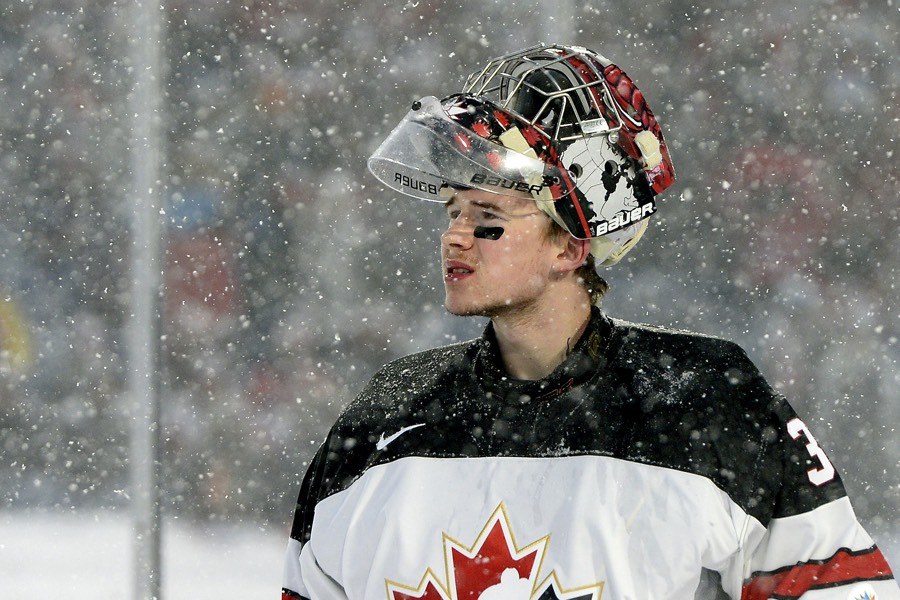 Carter Hart led the Western Hockey League this season in goals-against average, save percentage and shutouts on his way to a 31-6-4 record and a world championship for Canada. He’s been named the Canadian Hockey League’s top goalie for the past two seasons. He’s all of 19 years old. Oh, and he’s been seeing a sports psychologist since he was in middle school. At age 12, Hart began working with former-goalie-coach-turned-full-time-sports-shrink John Stevenson, who helps him retire each day to his “mental gym” to … well, here’s how Stevenson explained it to the Inquirer’s Sam Carchidi:

This coming season, Hart will likely play for the Flyers’ top farm team, the Lehigh Valley Phantoms. But after that, if all goes as planned, the first goalie chosen in the 2016 draft is seen as a linchpin to the Flyers’ future hopes for the Stanley Cup.

Which … you know, we wish the young man well with all our hearts. But we can’t help noting that the two times the Flyers did win the Stanley Cup, their goalie was hard-living, hard-drinking Bernie Parent, who only quit playing when doctors made him after he’d been blinded by a hockey stick. And the team leader was notoriously tooth-free and also once nearly blinded Hall of Famer Bobby Clarke, who captained a pugnacious cohort known as the Broad Street Bullies — not exactly a nickname a contemporary sports psychologist is likely to love, with bullying completely out of fashion these days, right, Melania? (As then-team owner Ed Snider explained his embrace of quick-to-brawl enforcers, “I didn’t invent fighting in hockey, and I don’t necessarily love it. I’m just saying I don’t want anybody to kick the shit out of a Flyer ever again.”) So while you’re in that mental gym, Carter, remember: We’re still getting used to Gabe Kapler. This is Philly. We can only let you take that New Age crap so far.