Investigators say two workers were injured when an underground propane tank exploded at a Bucks County service station on Tuesday. 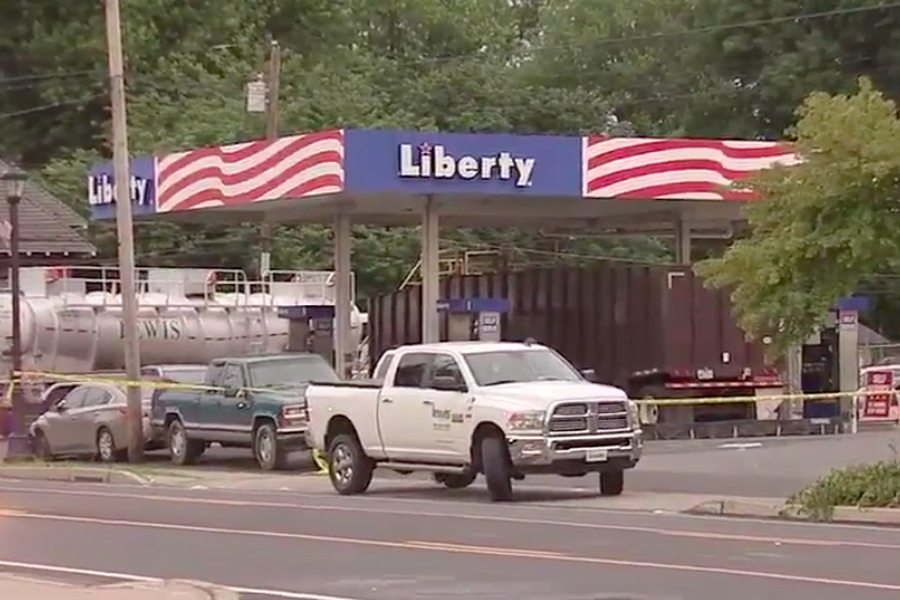 Rescue crews resumed their search on Wednesday morning for a missing man believed to be trapped below street level following an unexpected explosion at a gas station in Bucks County on Tuesday.

The blast occurred around 5 p.m. at the Liberty Gas Station on Bristol Pike in Bensalem when a 12,000-gallon underground propane tank combusted. Investigators tell 6ABC that one of the service station’s co-owners and an employee were performing a maintenance check immediately prior to the explosion.

Upon their arrival to the scene, first responders initially found cashier Frank Tomasiello suffering from extensive injuries. Fire officials say he was airlifted to a nearby hospital in critical condition with burns over 45 percent of his body. Co-owner Joseph Vigilante is said to be trapped under heavy concrete pieces blown apart in the blast. Rescue efforts were called off late Tuesday because fume levels remained too high for personnel to go underground.

“We believe it’s a recovery effort at this time,” battalion chief Rob Sponheimer, of Bensalem Fire Rescue, told reporters on Wednesday morning when asked whether he believes if there’s a chance that Vigilante is still alive.

In preparation for this morning’s recovery effort, crews worked overnight to pump gas out of the tank and break down various equipment and debris. Fred Harren, Bensalem Township’s director of public safety, told NBC10 that there’s still a concern that another blast may occur. Bristol Pike has since reopened after being shut down for approximately 12 hours.