IHOP officially changed its name — and Philadelphia is not on board. 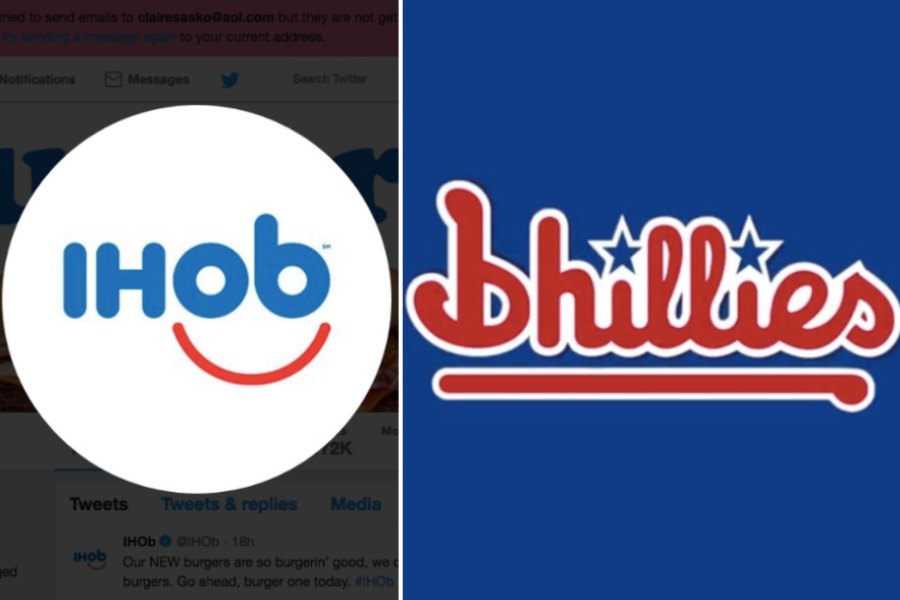 ICYMI, IHOP is no longer IHOP. It is now IHOb, because apparently the chain known for its pancakes decided it wants to emphasize its burgers, the speciality of countless other fast-food restaurants.

Disclaimer: I’ve only had IHOP pancakes once, and I have not tried the chain’s burgers — nor its Philly cheesesteak, which got only 2 out of 5 stars from a TripAdvisor reviewer in Tuscon, Arizona. (Mushy bread, apparently.) I don’t plan on changing these facts after IHOP’s marketing ploy.

Apparently I’m not alone. Philadelphians are none too happy about the IHOP/IHOb name switch.

Are pancakes really that hard

What I expect @IHOb burgers to be like pic.twitter.com/Ed8WRH7lnk

At least the city is having a little fun with it, though — shout out to the Phillies, who trolled IHOP excellently on Monday.

As well as several others.

to show solidarity with ihob, the city of philadelphia is rebranding to 'bhiladebhia'

After all, maybe a few people are on board with the IHOP switch (and the company’s cheesesteaks, apparently) …

I will never call it iHOb much like I’ll never call franklin mills “the philadelphia mills” it’s just silly https://t.co/QSNvtH7msR

Calling Ihop to Ihob is like changing Franklin mills to Philadelphia mills…………….no

this is just like franklin mills in philly changing to philadelphia mills, the name change happened but everyone ignores it

We’re simply not on board, IHOP.