Columnist Helen Ubiñas wants to #FillTheSteps to speak out for those who have lost their lives or loved ones to guns. 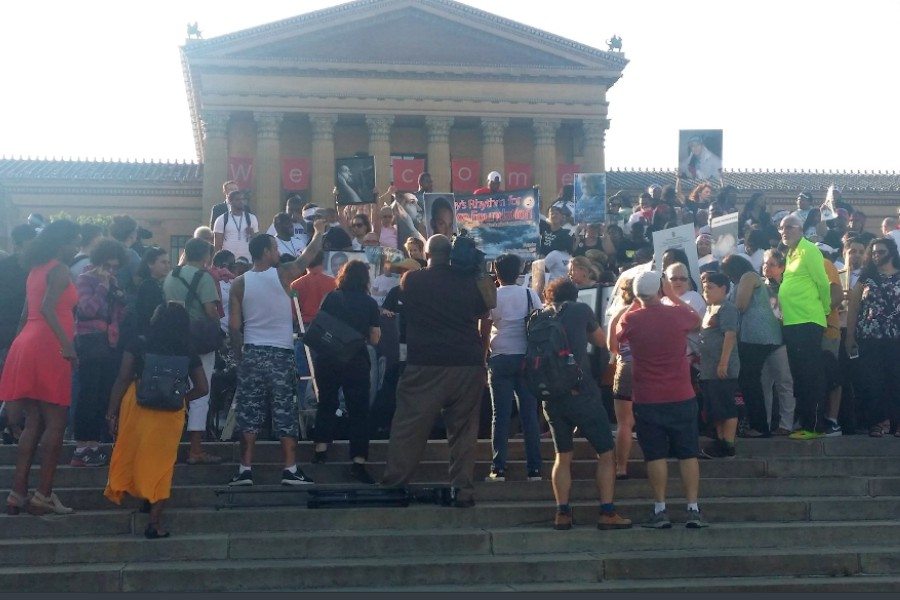 For the third year in a row, Philadelphians will gather on the steps of the Art Museum on Monday to rally against gun violence.

The event, which is organized by dogged Daily News columnist Helen Ubiñas, will kick off at 1 p.m.

Ubiñas, who frequently writes about those affected by gun violence, started #FillTheSteps three years ago, after the massacre at Pulse Nightclub in Orlando. “While the nation reeled over that gun-related tragedy, I did not want the moment to pass without calling attention to the daily death toll in Philadelphia,” she wrote in a column this weekend.

The #FillTheSteps rally is held to invoke strength in numbers and demand the city to “take in just how many people are impacted by gun violence.” In her recent column, Ubiñas informally invited Mayor Jim Kenney (who attended last year), Police Commissioner Richard Ross and District Attorney Larry Krasner.

Heads up! For the 3rd year in a row we are aiming to #FilltheSteps Against Gun Violence on June 11 at 1 p.m. Join us! Spread the word at your school, your office, your neighborhood. https://t.co/T0P866hp34 pic.twitter.com/qg0bmVGUwa

According to a Facebook page for the event, there won’t be formal speeches on Monday — but several Philadelphians “who want to be heard as loudly as the Parkland students” will offer a few words. Among them Kathy Lees, who lost her 17-year-old son exactly seven years ago on Monday. His murder — as well as about half the city’s homicides — remains unsolved.

Students from Parkway Center City High School in Callowhill are also expected to sing at the event.

Come to the Art Museum steps tomorrow at 1 p.m. to hear @ParkwayCity students sing @ShineMsd with the help of @mbaliamusic as we #FillTheSteps Against Gun Violence. pic.twitter.com/iBPsJPHbyE

In prior years, attendees shared stories of how they been affected by gun violence.

One of the many stories being shared as we #FilltheSteps. Photo imminent. pic.twitter.com/20Y9p5LtN3

“This is a time for us to stand together and to make a commitment to one another that ENOUGH is ENOUGH, that everyday shootings must be part of the current reckoning on gun control,” the Facebook event page reads. “That we, the citizens of Philadelphia, must lead the fight.”