PennDOT is already hard at work repairing potholes and other roadway flaws exacerbated by this past winter’s weather. 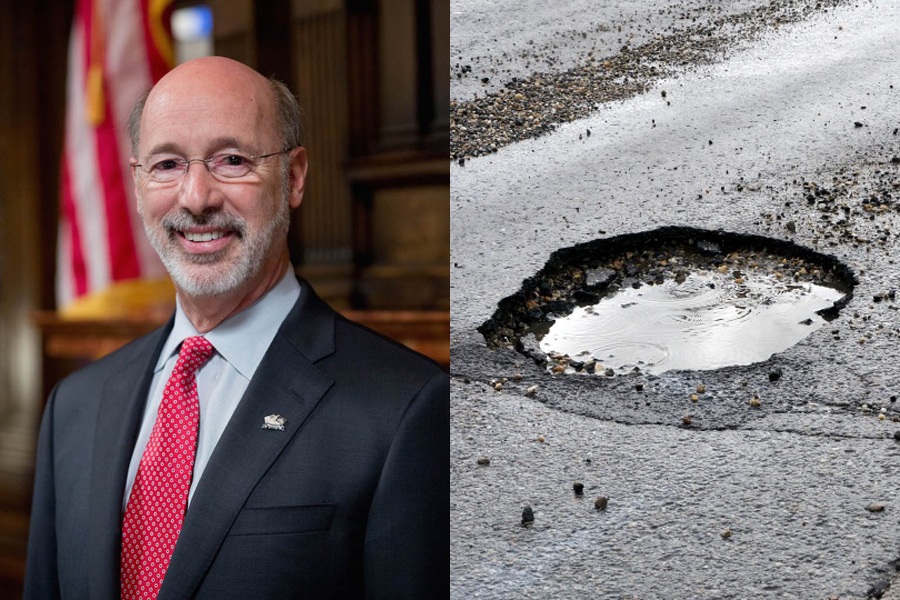 Pennsylvania Gov. Tom Wolf on Thursday announced a $180 million roadwork initiative to repair many of the state’s pesky potholes and other roadway flaws exacerbated by the unpredictable extremes of this past winter’s weather. But don’t go getting all excited, Philadelphia: This money is being put toward improving our state-run highways, not our torn-up city streets.

“PennDOT has been at work on this problem for many months, but the severe temperature swings through the winter have created ideal conditions for continued pavement challenges,” Wolf said in a release. “We are further increasing our focus on pothole repairs and also accelerating much-needed work on our interstates.”

To bolster this “Resurface PA” project, the governor has directed PennDOT to dedicate as much resources as possible to fixing potholes and repaving the state’s most affected highways. For immediate relief, the agency has prioritized $22.3 million for pothole repairs through June 30th. That dollar-figure translates to 30,000 tons of patching material, according to PennDOT.

Up to the end of April, PennDOT has spent more than $17 million on pothole repairs this year statewide. But with 40,000 miles of roadways to account for, there is still much work that needs to be done. In addition to the potholes addressed through continued monitoring by PennDOT’s roadwork crews, more than 12,365 pothole complaints have been reported to the agency in 2018 through May 21st.

Other new investments to help mitigate the effects of this year’s particularly long winter include:

“We have improved thousands of miles of roadway in the past three years and we continue to battle potholes across the state each year,” said PennDOT secretary Leslie Richards. “These investments will address much-needed repairs and preserve several stretches of interstate.”