Antoine Guyton, the man initially arrested by PPD on Tuesday, will still face criminal charges in the case. 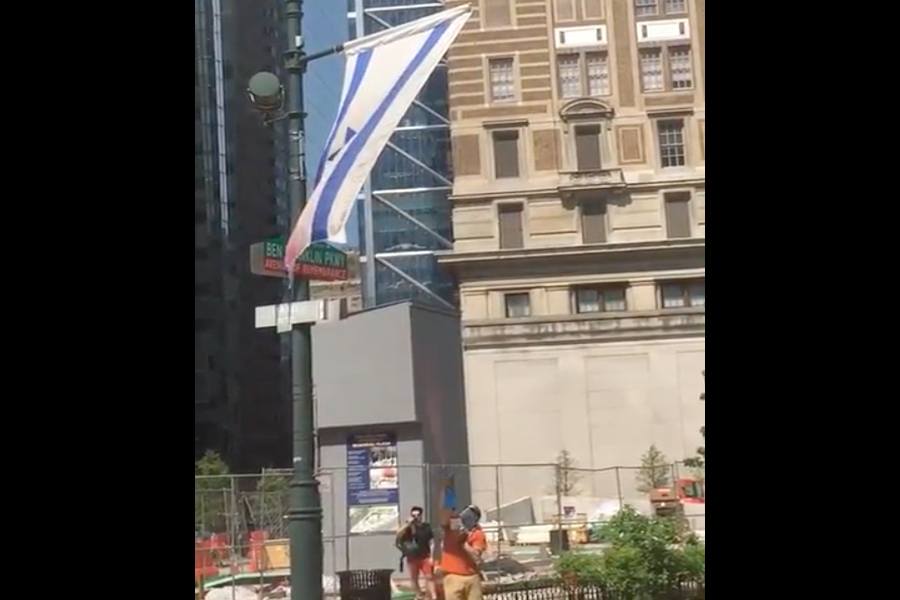 In hopes of apprehending the chief suspect involved in the defacement of the Israeli flag on the Parkway earlier this week, the Philadelphia District Attorney’s office released a video of the incident on Friday and is requesting the public’s help in identifying the culprit.

Twenty-six-year-old Antoine Guyton was initially believed to be behind Tuesday’s act of vandalism, but his charges were later rescinded after further investigation found that another man had spray-painted the flag.

According to DA spokesman Ben Waxman, Guyton will still be prosecuted for his role in the crime. Authorities are in the process of preparing a warrant for his re-arrest.