A 25-year-old man described by police as a “menace to society” did his best Spider-Man impression before officers closed in. 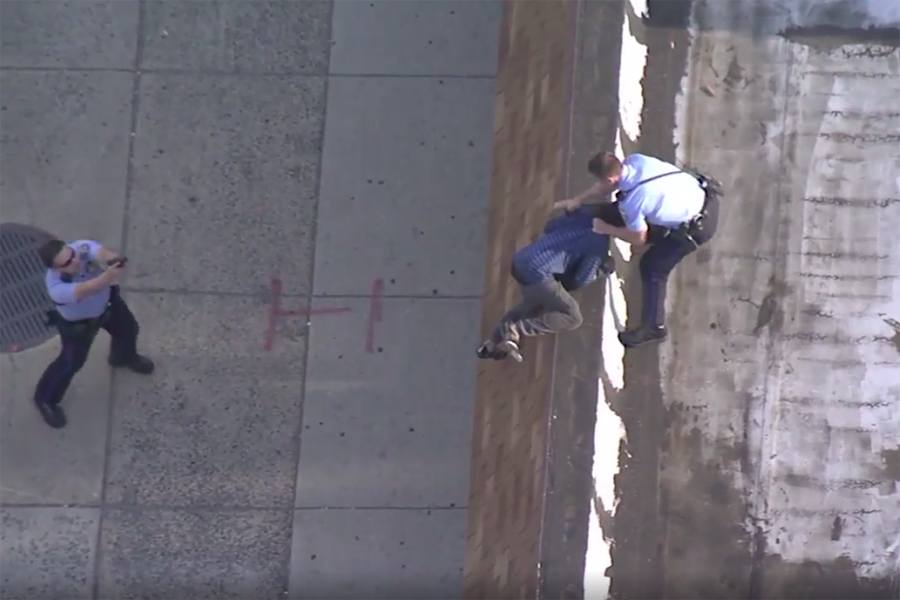 A 25-year-old man described by police as a “menace to society” was arrested on Wednesday after leading officers on a wild chase through the city that culminated with his apprehension on a rooftop in North Philadelphia.

The suspect — who has not yet been identified by authorities — had three warrants out for his arrest on charges of theft, burglary, and aggravated assault on police before Wednesday evening’s incident. He reportedly escaped PPD custody back in March.

Officers were conducting surveillance in the area of 9th Street and Lehigh Avenue in Kensington when they spotted the suspect around 5 p.m. Police say the man hopped into a stolen white van and rammed an unmarked police car before speeding off, nearly running over two officers in the process. The high-speed chase ended up on busy Roosevelt Boulevard, where police say the man was driving on the wrong side of the road.

Law enforcement eventually pulled back due to the danger of the chase, but kept close pursuit. The suspect ditched the stolen vehicle near Rising Sun Avenue in Feltonville, police say, and continued to flee on foot, scaling a fence and hopping on top of a building on the 5300 block of 5th Street. Video from news choppers shows the man attempting to jump off the roof before an officer pulled him back and placed him in cuffs.

You can check out footage from the chase below. (The suspect’s escape on foot begins around the 3:23 mark.)