Philly Shelled Out How Much for the Eagles Parade? 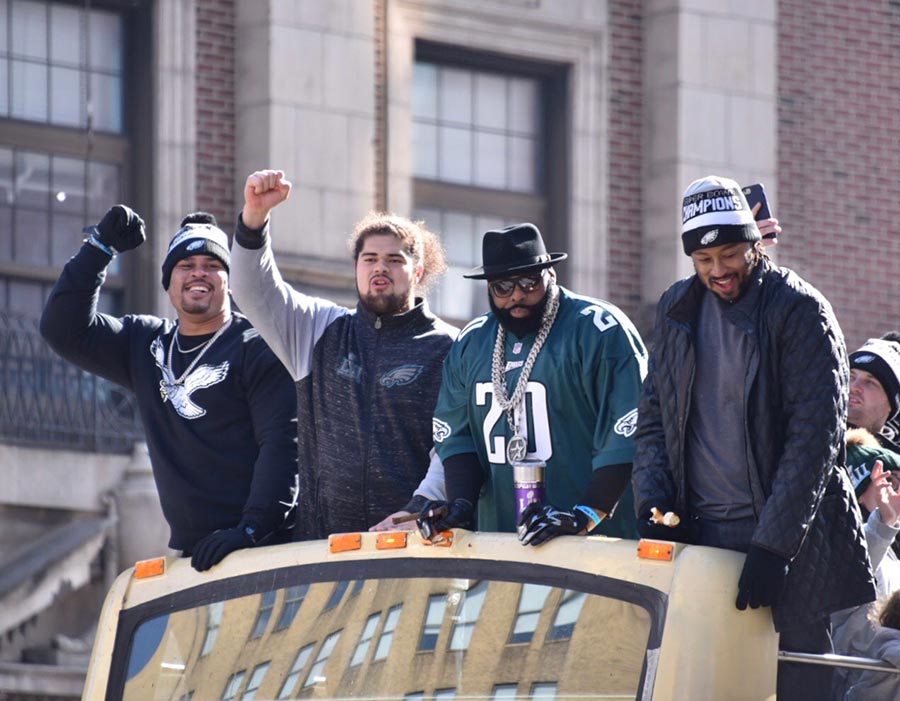 According to the Mayor’s Office, the total cost of the Eagles Super Bowl parade back in February was $2.27 million – roughly $1 million more than what the city paid for the Phillies World Series celebration in 2008.

With a caravan of double-decker buses spanning five miles from the stadium complex in South Philly to the Rocky Steps, that equates to $454,000 per mile of revelry. The majority of the bill ($1.5 million) was for police overtime. City officials say the state of Pennsylvania will contribute $500,000 to help offset security costs.

In addition, parade-goers are on the hook for $273,000 in property damage from that day, which the Eagles have agreed to pay for. No word if any FCC fines were levied against Jason Kelce for his epic hungry dogs tirade.

Mayor Kenney released this statement regarding the cost of the parade:

“We thank the Eagles for their contribution to cover property damages on top of everything else they did to make the parade and ceremony so special. We’d also like to thank the Commonwealth for helping defray the security costs to help ensure that this was a joyous day for residents throughout Philadelphia and the region. It’s estimated that the two playoff games at the Linc prior to the Super Bowl brought in $2.3 million in additional wage and parking taxes. With that factored in, I’m comfortable that we were able to stage an enormous and nearly flawless celebration while still protecting the interests of taxpayers. We’re very proud of the team, and its fans made Philadelphia shine on the day of the parade.”