The Best Thing That Happened This Week: The IRS Crashed 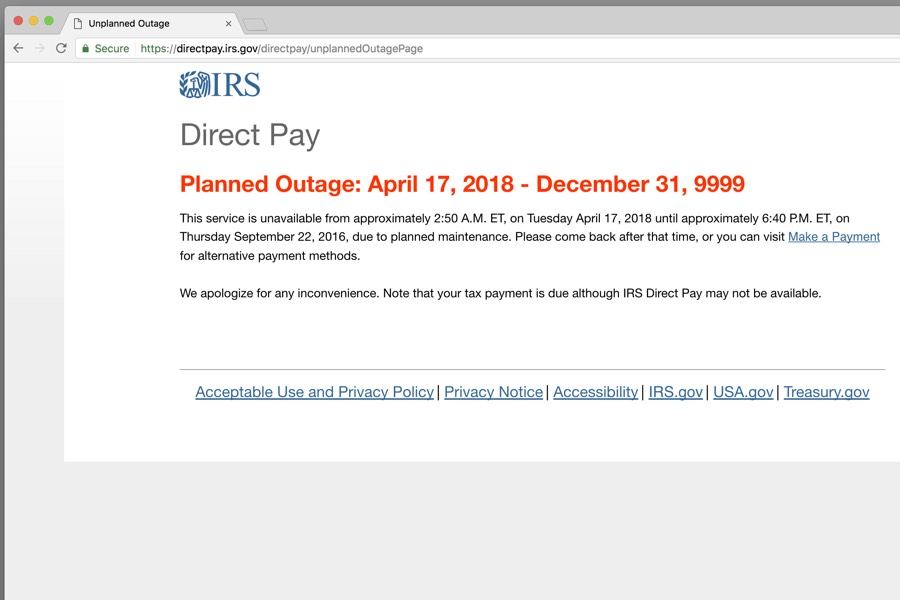 God knows we’ve sweated over the years about paying our taxes. That’s why we felt such a shudder of schadenfreude on Tuesday when we heard that the IRS’s online filing system had been knocked offline — on the very day that America’s income taxes were due. Millions of citizens who were trying to do the right thing by paying their share of the burden found they couldn’t, and the IRS itself couldn’t figure out what happened to its system, which is specifically designed to process the annual flood of millions of last-minute filers. President Trump’s new economic adviser, Larry Kudlow, was caught off guard on Tuesday afternoon when asked about the problem by a reporter: “The IRS is crashing?” he echoed. “It sounds horrible. It sounds really bad. Hope it gets fixed.”

Fixed it was by late Tuesday, and the agency announced a one-day extension of the filing deadline, which had already been extended by two days because the traditional filing date of April 15th fell on a Sunday this year. Alas, even three extra days weren’t enough for our nation’s Filer in Chief, who hewed to personal precedent and missed the deadline. That’s right: Donald J. Trump filed for an extension on his federal taxes for 2017, just as he did for 2016. Oh, btw, last year the outgoing commissioner of the IRS revealed that the agency was building a special vault to protect the hard copies of the President’s returns. So if you’re dreaming of ever seeing them, dreamer, dream on.