The Best Thing That Happened This Week: The Ben Simmons/Donovan Mitchell Word War

When is a rookie … not a rookie? 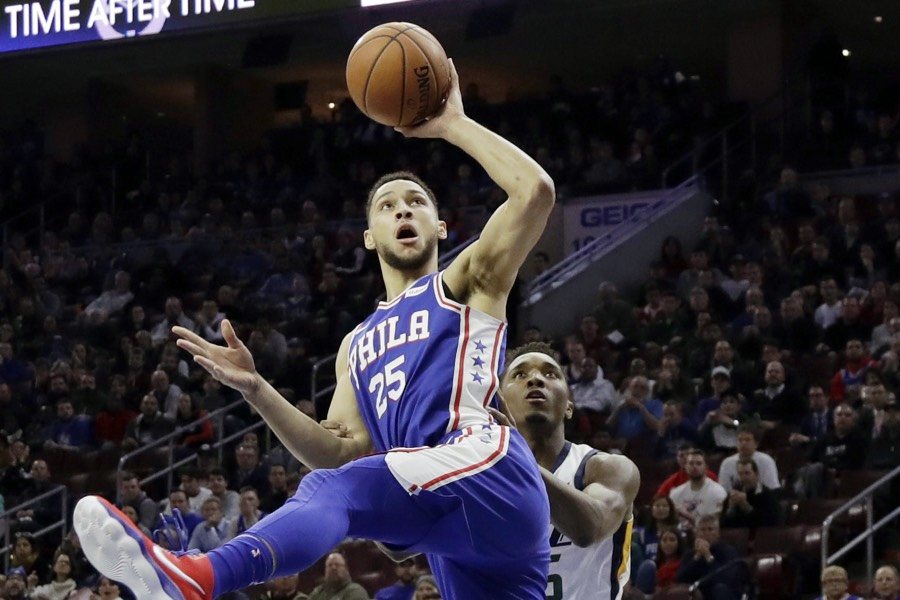 We don’t usually think of sports fans as ardent etymologists, but this week, in a Scrabble-worthy word dispute, they proved us wrong. At issue: whether the Sixers’ Ben Simmons should be Rookie of the Year. There’s no question his stats outshine those of any other first-year player this season: He set the team record for assists (besting Allen Iverson), led the team to a record regular-season-ending 16 straight wins, and nipped past Magic Johnson to trail only Oscar Robertson on the NBA’s all-time list of most triple-doubles by a rookie. Asked who he thinks should win the ROY honor, Simmons was succinct: “Me, 100 percent.”

Then, on Tuesday night, rookie Utah Jazz guard and alternate ROY candidate Donovan Mitchell showed up for a game wearing a hoodie bearing a dictionary definition of “rookie”:  “An athlete playing his or her first season as a member of a professional sports team.” Mitchell was snidely claiming that Simmons isn’t really a rookie, since 2016’s number one draft pick broke his foot in the Sixers’ final training camp scrimmage that year and missed the entire season. This set off an online battle over what exactly constitutes a “rookie,” with Mitchell adherents arguing that Simmons had an extra year in which to absorb NBA lessons from the bench and Ben boosters countering that only in some bizarre parallel universe could coming back from a broken foot be considered an edge. You know who we’re taking in this fight. But both players seem to be having fun with their feud. Informed of Mitchell’s sartorial choice, “I’m not going to wear a sweatshirt tomorrow,” Simmons said.