Meanwhile, the Fraternal Order of Transit Police is trying to get them their jobs back. 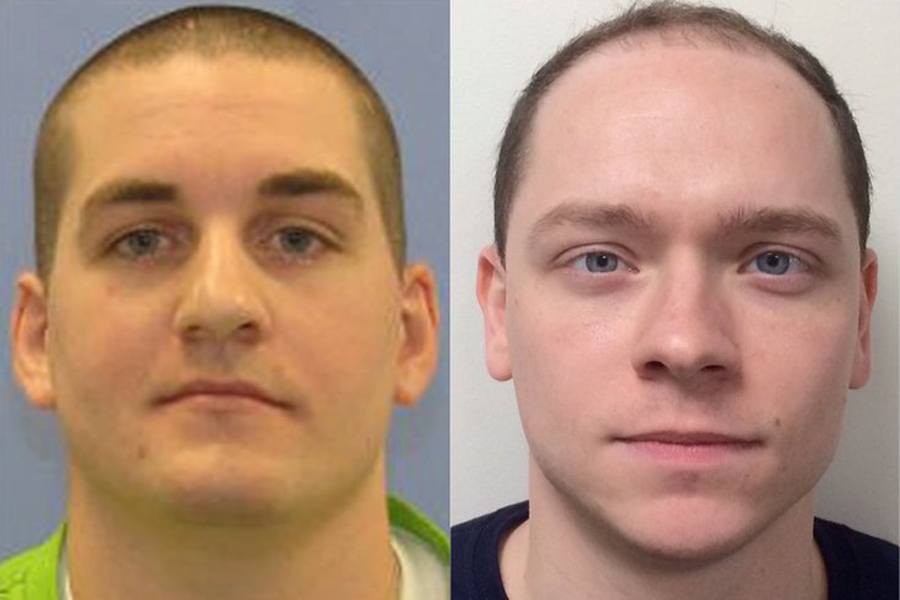 A pair of former SEPTA cops surrendered to Philadelphia police on Thursday and now face charges in the late-night beating of a 28-year-old man on the El platform of the Frankford Transportation Center last December.

According to SEPTA, David Simcox and Jonathan Lanciano, both 29, were fired earlier in 2018 after an Internal Affairs probe determined that they attacked the victim “without provocation” while responding to a call that someone was drunk and on the track area. Simcox has been charged with aggravated assault, simple assault, recklessly endangering another person, and filing a false report. Lanciano was charged with simple assault, recklessly endangering another person, filing a false report, and harassment. Both men were released on their own recognizance.

Per SEPTA Police standard operating procedure, an investigation was immediately launched into the incident because Simcox and Lanciano claimed that the suspect resisted arrest. But after Internal Affairs reviewed footage from the cops’ body cameras and from the station, they “found no evidence to support” the claim that the victim had resisted.

The Internal Affairs review concluded that the victim was sitting with his legs dangling over the platform when the officers arrived on the scene at about 12:30 a.m. on December 12th. He did not strike the officers or make any movement that could be construed as reaching for a weapon, SEPTA police said in a statment. The altercation resulted in Simcox and Lanciano punching the man several times in the face, breaking his nose, according to SEPTA.

The Fraternal Order of Transit Police Lodge 109 has already begun the grievance process in an attempt to get Simcox and Lanciano their jobs back.

“We fully support these officers and feel the truth will come out and show that they are completely innocent of what they have been charged, and their names will be cleared,” union president Omari Bervine told the Inquirer.

“David categorically denies these accusations and is looking forward to our day in court,” said Simcox’s defense attorney Lou Mincarelli. “We’re going to present his side of the case and show that he’s innocent.”

Philly Mag was unable to reach Lanciano’s lawyer for comment.