Twelve state legislators have jointly filed resolutions calling for the dismissal of four Democratic judges on the Pennsylvania Supreme Court. 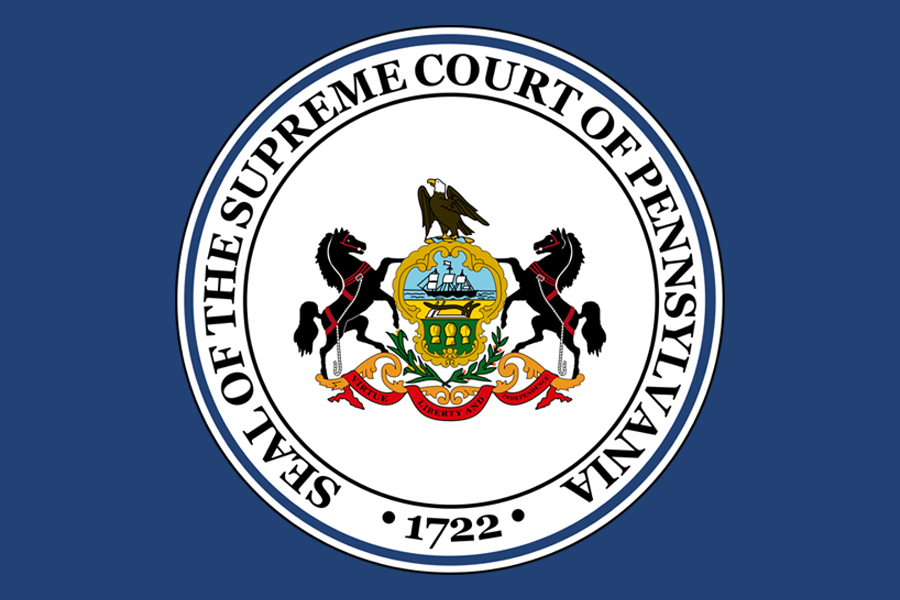 The seal of the Supreme Court of Pennsylvania.

Twelve Republican legislators have jointly filed resolutions requesting that the Pennsylvania House of Representatives vote to impeach four Democratic judges on the state Supreme Court who had a hand in the recent redistricting of the commonwealth’s congressional map, according to AP.

The four resolutions are nearly identical, with each arguing that the justices acted improperly in a process that ended up giving lawmakers approximately three weeks to produce a redrawn map to be approved by the court. The previous congressional map, crafted by the GOP in 2011, was considered among the most heavily gerrymandered in the country.

“If we allow this to stand without taking action, the future courts are going to decide that the court has the ultimate ability to write law and they can turn around and cite this as precedent where we’ve allowed it to occur with no repercussions on the court,” said the prime sponsor of the impeachment crusade, Rep. Cris Dush (Jefferson County).

With the replacement map, which the U.S. Supreme Court allowed to stand earlier this week, expected to aid Democrats in their quest to flip seats in the U.S. House of Representatives come Election Day, the co-sponsors of Dush’s resolutions are some of the state’s more conservative legislators. In order to impeach justices David Wecht, Debra Todd, Christine Donahue, and Kevin Dougherty, two-thirds of the sate Senate would have to concur with the House.

“This is an absurd attack on common sense,” Dermody said. “It’s an attack on the independence of every judge in our state, one of the bedrock principles of our democracy.”

“The Pennsylvania Constitution makes clear that public officials can be impeached ‘for any misbehavior in office,” said Sharon Lopez, president of the PA Bar Association. “There are no allegations of misbehavior in this case.”