Philly NAACP President: How About Rittenhouse for Temple’s Football Stadium?

“The economic impact would be favorable for this area,” Rodney Muhammad said. “We don't see that a stadium would greatly alter the character of the neighborhood.” 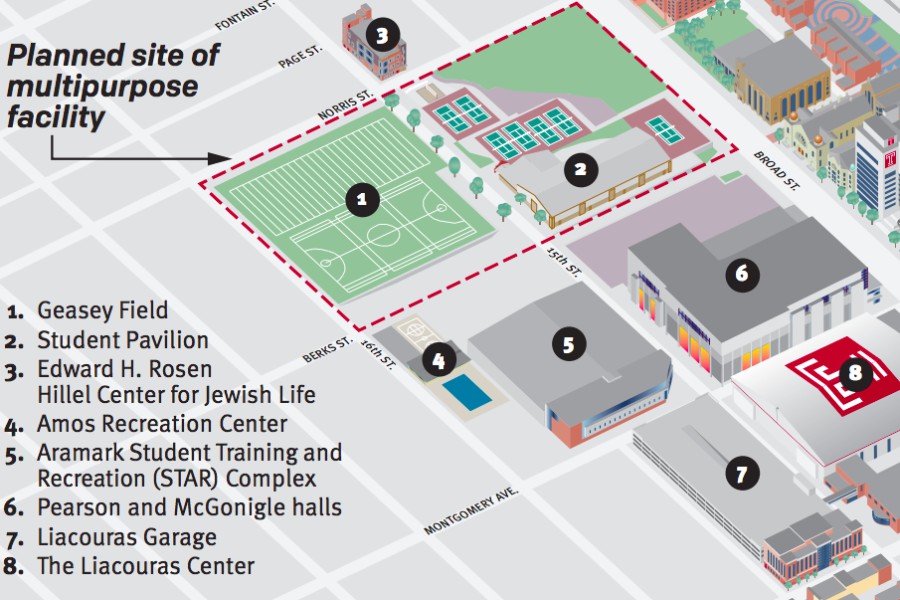 Did Temple University take the time to consider all of the alternatives before settling on the site of its controversial proposed football stadium? According to Rodney Muhammad, the president of the NAACP’s Philadelphia chapter, administrators at the North Philly school most certainly did not.

“We cannot afford to have this stadium in North Philadelphia, and so we’re calling on the president of Temple University to consider right here in Rittenhouse Square,” Muhammad said during a press conference in the Center City park on Sunday.

Muhammad claimed that the Rittenhouse area has everything Temple would need, from a bustling business district to the land itself.

“The economic impact would be favorable for this area,” Muhammad said. “We don’t see that a stadium would greatly alter the character of the neighborhood where we’re standing right now. Temple has a campus presence in Center City and there’s no reason why this should not be on the list of consideration.”

Given the high price of renting out Lincoln Financial Field on Saturdays, Temple has been exploring the possibility of building its own stadium over the past five years or so. Concerned neighbors began protesting the potential development from the start, citing issues ranging from permanent displacement to altering the neighborhood’s vibe.

Funding for the $130 million multipurpose facility is expected to come from private donations and bonds, in addition to savings from ditching the Linc as home to the Owls. President Richard Englert has always maintained that the project would not cause anyone to lose their house. Temple is currently waiting for the approval of the City Planning Commission before breaking ground.

“Nothing can be worked out in North-Central Philadelphia where residents are already there where it would further disrupt the community from Temple’s expansionist policies that have already taken place,” Muhammad said.

Reactions to Muhammad’s provocative proposal have, as you might imagine, been mixed:

You couldn't fit a circus tent in Rittenhouse Square – let alone a stadium. Come on People!

These people fail to realize that without Temple University That area of North Philly would have three houses left on every block like the surrounding areas, Harry. Temple provides the only legal economic boost in that area.

Lol to the people upset that this would make it harder to get to Barnes and Noble: imagine that, but it’s your house – and it’s hard to get to because it was torn down

Several family members went to Temple in past few years, the neighborhood is a mess, entire blocks need to be torn down. A stadium would be a good start, create jobs, more Redevelopment would follow. Sorry, it’s called progress!

Simply senseless thought. If you want the neighborhood to better there are 2 options (treat it well or development). 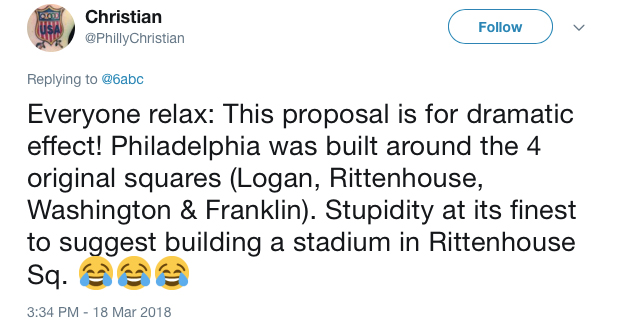