“Any student who voluntarily opts to walk out of school as part of the planned event will receive disciplinary consequences,” the Council Rock superintendent said in a letter to parents. 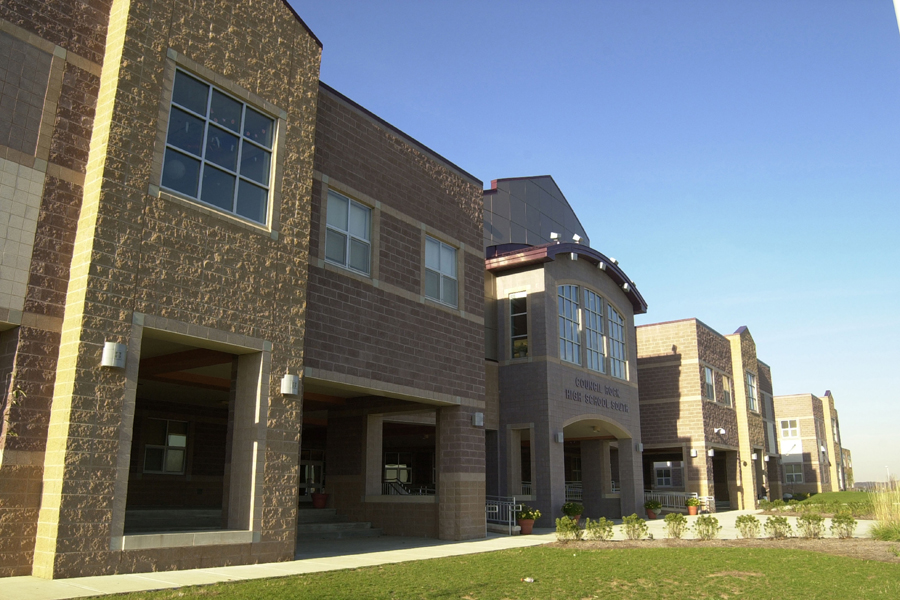 After initially pledging support to students wishing to join in Wednesday morning’s national school walkout to advocate for gun law reform, the superintendent of one Bucks County school district said on Tuesday night that he would prefer if kids stayed indoors.

Citing safety concerns, Council Rock superintendent Robert Fraser said in a letter to parents that “any student who voluntarily opts to walk out of school as part of the planned event will receive disciplinary consequences.” Several school districts expressed similar warnings to students in past weeks, which spurred colleges both locally and nationally to announce that they would disregard any discipline doled out as the result of peaceful protest.

Fraser’s email, which went out on Tuesday, did state that the Council Rock School District would accommodate students interested in participating in a “timed, non-political event inside of school.” According to the superintendent, the decision to view the national event as a “class walkout” and “not a school walkout” was made on Monday by the school board’s Finance and Facilities Committees.

“At our high school level, where we expect to see the greatest number of participants, our principals have been reminding students that (Wednesday) is a time for remembering lives lost on February 14 and/or non-political discussion around school safety,” Fraser wrote.

Despite Fraser’s threat, roughly 100 students still walked out this morning at 10 a.m. It’s unclear at this time what discipline will be imposed, if any. 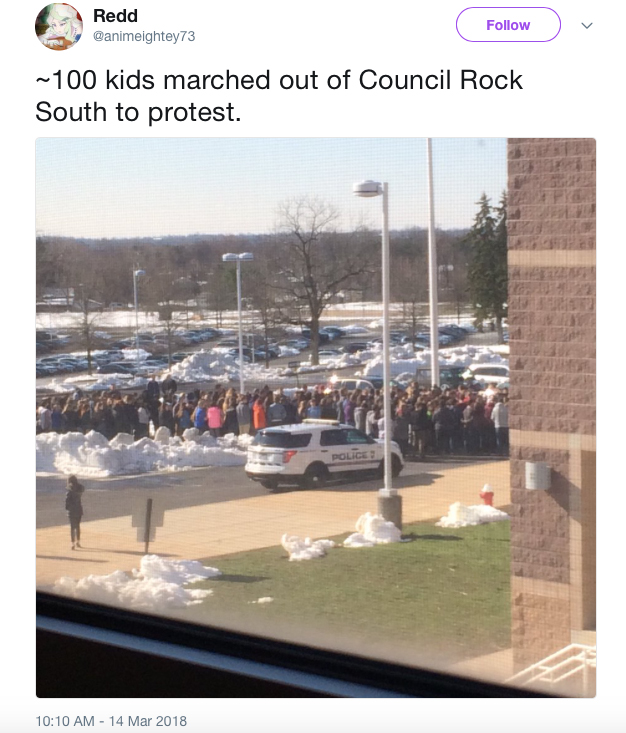 #councilrock students – this alum has your back on your right to peacefully protest. Let your voices be heard for better school safety. Don’t let @CouncilRockSD bully you…

Update: Superintendent Fraser sent out the following letter to parents after today’s walkout.

Today was an unprecedented moment in time for most modern educators and students. This morning, many of our students voluntarily took part in a nationally planned walkout as a response to the mass school shooting that occurred one month ago today.  Council Rock, for purpose of safety, reframed the event for students choosing to participate as an in-school walkout, asking students to remain inside of their building in large-group areas. We also asked students to focus their recommended 17-minute class walkout time to remember the lives tragically lost on February 14 and asked them to keep any discussions on school safety nonpolitical.

I am writing to tell you that I am incredibly proud of our students.  This morning went exceptionally well.  At both high schools more students participated inside than outside, although a sizable number of students did go outside at both schools.  There were also a handful of students at the middle level who went outside, while the vast majority of middle school students stayed inside.  At every school in the district, the event was kept 100% non-political.  While many people over the past two weeks have said this walkout would be inherently political, our students showed tremendous maturity by focusing exclusively on the 17 victims.  I was with the group outside at CRN, and a short bio was read once a minute for each of the 17 victims, and I’m telling you that you could have heard a pin drop.  The level of maturity and sincerity was amazing.  A few students hugged each other and cried during the remembrance.  Reports were completely consistent from the other sites.  Once the allotted walkout time was over, student participants quietly and efficiently made their way back to class in an organized manner with no disruption. Our students are to be commended in the highest order for behaving with such appropriateness and maturity. I could not be more proud of them.

Following this morning’s walkout, the administration appealed to the School Board for the disciplinary consequence to be waived for students who walked out of the building, and a majority of the School Board members agreed that no disciplinary action is warranted in this extremely unusual situation.  Thus, no disciplinary consequences will be administered.  The indoor restrictions were put into place for good reason, as safety is and always will be our foremost priority.  There were rumors that non-students would attempt to gain entry onto school property during these protests, and so the School Board was rightfully concerned about student safety.  That said, after seeing just how incredibly well our students handled today’s remembrance events, we feel that no discipline is warranted.  This decision in no way should be viewed as precedent setting for any future event.

I also wish to thank our staff for the dedication and professionalism they showed today. Like always, CR faculty and support personnel went above and beyond to ensure that the safety and needs of all of our students were met.