The declarations, in the wake of national student protests after the Parkland shooting, could come in handy for Cherry Hill East students who walked out on Tuesday morning. 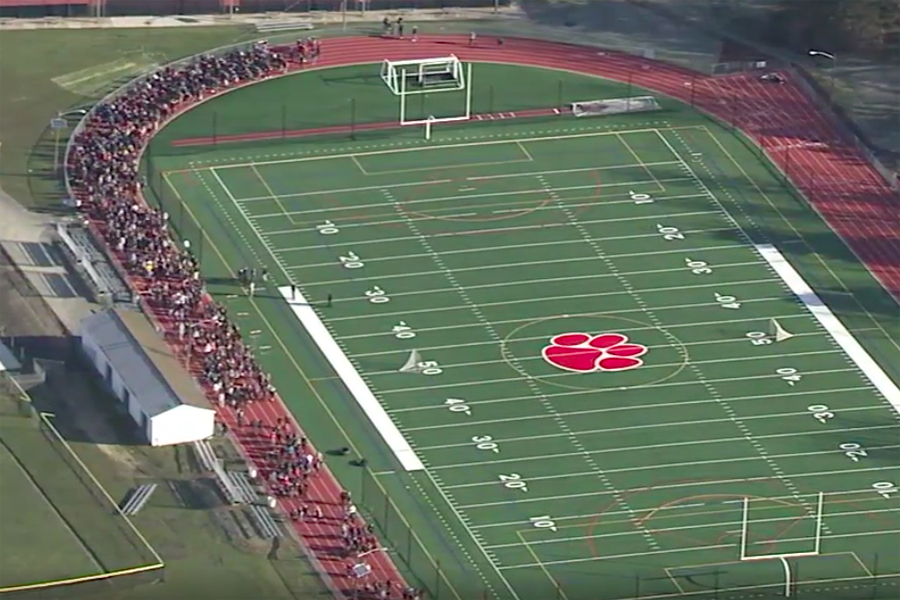 In response to a growing concern from applicants, several Philadelphia-area colleges and universities have used social media as a platform to reiterate their support for any prospective student who may have been disciplined for participating in a peaceful protest.

From our Student Conduct Code: Temple’s “tradition of passionate discourse is a time-honored one, and remains critical to this day.” As such, future Owls should know admissions decisions are not affected by disciplinary action resulting from participation in peaceful protests.

Penn applauds any student who peacefully asserts their right to protest. Participation in these activities will not negatively affect any student's application to the University of Pennsylvania. https://t.co/nsOufFLn2e @PreviewingPenn @DeanFurda pic.twitter.com/FLCyDC10x0

The public declarations were made over the past week or so in solidarity with teens across the country who have been staging walkouts at various high schools to call for gun safety in the wake of the Florida massacre. Some school districts have told kids that their participation in such displays could negatively affect their college admission process.

Scores of students at nearby Cherry Hill East walked out of class early Tuesday morning to protest the suspension of a teacher for discussing security issues at the school.

“Not only was Sunday’s statement in line with Temple’s history and mission,” TU spokesman Brandon Lausch tells Philly Mag, “but it also joined various universities across the country that made similar statements reassuring applicants that admissions decisions would not be affected by disciplinary action resulting from peaceful participation in protests. Future Owls should expect to see passionate discourse on our campus daily.”

In addition to Temple and Penn, a few other local schools also chimed in:

(2/2) As an Augustinian Catholic University, we believe that an individual’s rights to express their own personal viewpoints in a civil manner is paramount.

Prospective students, Swarthmore College has supported the right to peaceful assembly for more than 150 years. Your participation in nonviolent demonstrations has no negative impact on your application or admission to #Swarthmore @SwatAdmissions

Students who are disciplined for walking out or otherwise staging a respectful and peaceful protest against gun violence, are hereby assured that it can be reported on their Penn State application without adverse effect on their admission decision.

We want to assure any students who choose to participate in peaceful protests against gun violence and who receive school discipline for walking out that you can report this to Haverford and we will not hold this against you in the admission process. #ParklandStudentsSpeak

1/2: Dickinson College supports students’ rights to make their voices heard. We were established in 1783 by a revolutionary thinker who wanted to educate citizen leaders to be active participants in a newly created democratic nation.

2/2: While we respect the right of school districts to maintain policies consistent with their missions, we won’t penalize students who speak up or protest appropriately to make their views known.

If you're concerned about being penalized by Lehigh as a result of being suspended for your peaceful protest of gun violence, have no fear! We won't hold it against you.