Amy Wax, who had made unsupported claims about the performance of black law students, will no longer teach mandatory courses. 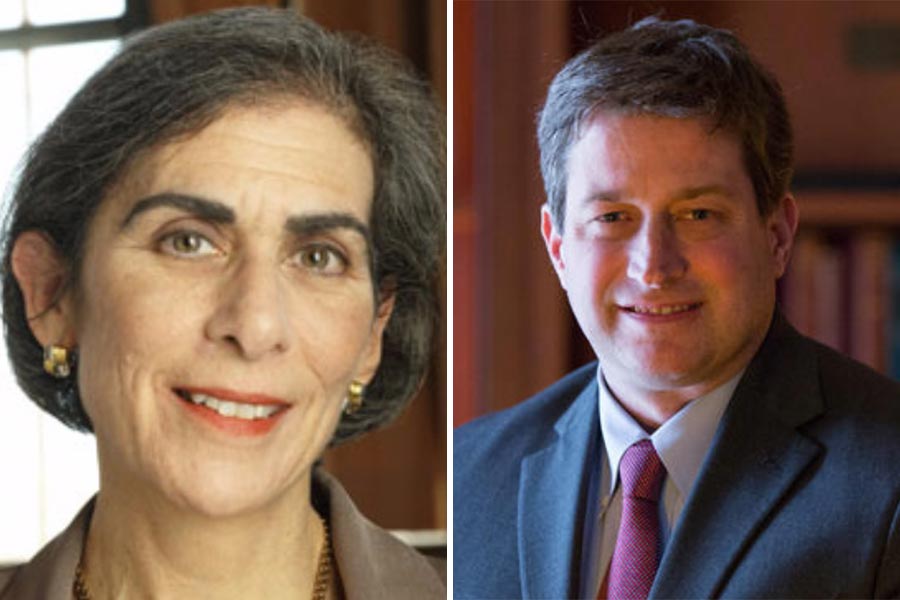 “In light of Professor Wax’s statements, black students assigned to her class in their first week at Penn Law may reasonably wonder whether their professor has already come to a conclusion about their presence, performance, and potential for success in law school and thereafter,” Ruger said in the email. “They may legitimately question whether the inaccurate and belittling statements she has made may adversely affect their learning environment and career prospects. These students may also reasonably feel an additional and unwarranted burden to perform well, so that their performance not be used or misused by their professor in public discourse about racial inequality in academic success. More broadly, this dynamic may negatively affect the classroom experience for all students regardless of race or background.

“After consulting faculty, alumni/ae, Overseers, and University officials, I have decided that Professor Wax will continue to teach elective courses in her areas of expertise, but that are outside of the mandatory first-year curriculum. This curricular decision entails no sanction or diminution of Professor Wax’s status on the faculty, which remains secure. Normally, this decision would be private, but because Professor Wax made these inaccurate public statements, and students and alumni raised their concerns publicly, sharing it with our community is important.”

In the email, Ruger also addressed the substance of Wax’s claims: “It is imperative for me as dean to state that these claims are false: black students have graduated in the top of the class at Penn Law, and the Law Review does not have a diversity mandate. Rather, its editors are selected based on a competitive process. And contrary to any suggestion otherwise, black students at Penn Law are extremely successful, both inside and outside the classroom, in the job market, and in their careers.”

ORIGINAL: Black students at the University of Pennsylvania’s law school have denounced unsupported claims about their academic performance made by controversial law professor Amy Wax in a September 2017 online interview that recently resurfaced.

“I don’t think I’ve ever seen a black student graduate in the top quarter of the [Penn Law school] class and rarely, rarely in the top half,” Wax says in the video, titled “The Downside to Social Uplift” and hosted by Brown University professor Glenn Loury. “I can think of one or two students who’ve graduated in the top half of my required first-year course.”

Penn’s Black Law Students Association (BLSA) has created a petition calling on law school dean Theodore Ruger to “issue a strong, explicit response addressing and rebutting such deleterious and false claims” made by Wax. The petition claims that Wax’s comments “compromise” the law school’s grade confidentiality policy and also demands information from Ruger on whether the school collects data on Black students and what information Wax is basing her remarks on. The petition also seeks to have Wax removed from teaching first-year law students and stripped of any leadership role at the school.

Students and academics have taken to social media to criticize Wax’s remarks, with some describing her as a “racist professor”:

Amy Wax is back and claiming black students never succeed at Penn Law. She bases this startling claim on… probably nothing as it turns out. https://t.co/r8rNphUHy7

Employer: I see here that you are black and had Amy Wax @PennLaw
2L; Yep.
Employer: Oh, well, apparently you're dumb and should content yourself with menial labor.
2L: What?
Employer: Sorry, I'm just going on the information provided by your law school faculty. Best of luck. https://t.co/R9IaQs3Ln4

“I would emphasize that student performance is a matter of fact, not opinion. It is what it is,” Wax said of her remarks in an email quoted in The Daily Pennsylvanian on Sunday.

Ruger and Penn Law associate dean and registrar Claire Wallace have not spoken on the matter publicly and did not respond to a request for comment. The University of Pennsylvania has not yet commented.

“Amy Wax insinuated demonstrably false and deeply offensive claims about black law students and alumni,” Nick Hall, a third-year law student and president of BLSA, told Philadelphia magazine. “In the end, this story will not be about Amy Wax. She doesn’t need any more of a platform. It will be about the resilience of black Penn Law students to rise against bigotry.”

Fellow Penn law professor Tobias Barrington Wolff addressed Wax’s current and past controversies in a post on Sunday. “Stripped of the scornful language and sententious hand-waving,” Wolff writes, “Professor Wax’s argument amounts to this: White people as a group do better in society than many people of color because White people have better values; those values are the product of a superior Anglo-Protestant culture; and the problem with people of color is their failure or refusal to emulate White people and White values. … Professor Wax has used the privilege of her position to heap scorn on people who exhibit a dignity, courage, and perseverance she will likely never understand. Behavior like that deserves no more respect coming from a chaired and tenured professor than it does from a sensationalistic television pundit.”