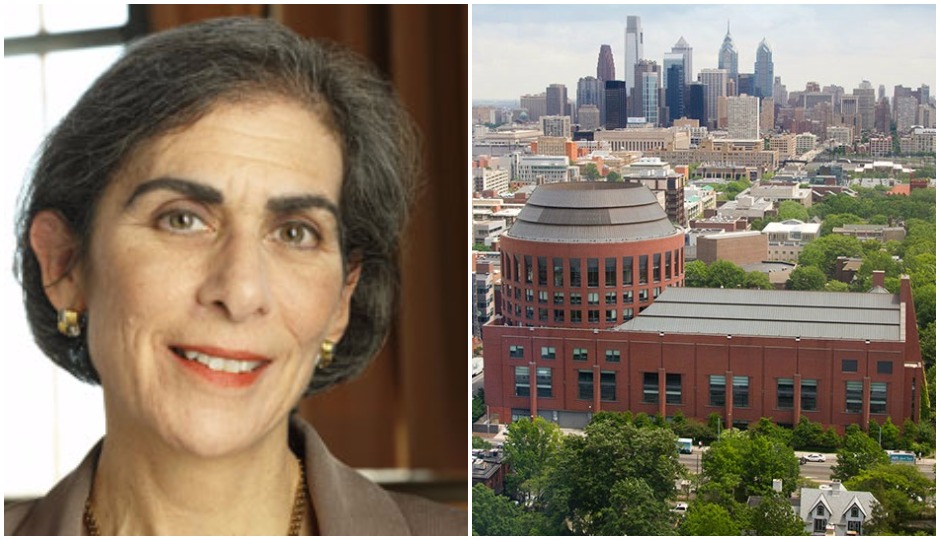 A professor at the University of Pennsylvania is being harshly criticized for calling for the “re-embrace of bourgeois norms” in an op-ed published Thursday on Philly.com.

In the piece, Penn Law School professor Amy Wax and co-author Larry Alexander, a University of San Diego law professor, attempt to tie what they call the “breakdown of the country’s bourgeois culture” to an overgeneralized list of societal ills, such as “Too few Americans are qualified for the jobs available,” “Opioid abuse is widespread,” and “Homicidal violence plagues inner cities.”

Wax and Alexander assert that a “return to” the American cultural values of the 1950s – the same mores lauded by, say, former President Ronald Reagan (whose administration, strangely enough, Wax worked for), would work to fix many of the country’s “multiple and complex” maladies.

“That culture laid out the script we all were supposed to follow: Get married before you have children and strive to stay married for their sake. Get the education you need for gainful employment, work hard, and avoid idleness. Go the extra mile for your employer or client. Be a patriot, ready to serve the country. Be neighborly, civic-minded, and charitable. Avoid coarse language in public. Be respectful of authority. Eschew substance abuse and crime.”

Instead, the duo claims that some cultural orientations – “the single-parent, antisocial habits, prevalent among some working-class whites; the anti-‘acting white’ rap culture of inner-city blacks; the anti-assimilation ideas gaining ground among some Hispanic immigrants” – are “not only incompatible with what an advanced free-market economy and a viable democracy require, they are also destructive of a sense of solidarity and reciprocity among Americans.”

A Penn Law professor for 16 years, Wax has earned degrees from Columbia, Harvard Medical School, and Yale, and written about family, race, economics and same-sex marriage (which she has spoken out against). She worked in the U.S. Solicitor General’s Office between 1988 and 1994, under Reagan, George H.W. Bush, and Bill Clinton.

In an interview with the Daily Pennsylvanian, Wax called Anglo-Protestant cultural norms “superior” and said that “everyone wants to go to countries ruled by white Europeans,” though “bourgeois values aren’t just for white people.”

She clarified that she doesn’t think white people are superior, instead claiming that “bourgeois values can help minorities get ahead,” according to the student-run newspaper, which reported that some of her previous lectures have opened her up to criticism.

The op-ed has faced backlash from some Penn students, including the university’s graduate student group, GET-UP. In a statement, GET-UP bashed the piece and asked Penn president Amy Gutmann to “join us in condemning this affront to both the values and the members of our community.”

“We are children of single mothers, we have benefitted from welfare, we are immigrants and children of immigrants, we are people of color, we are from inner cities, we are not Protestant,” GET-UP said in its statement. “We are all the things that Wax says should lead to failure, yet we are at the top of our field.”

“As a diverse community, and a community that we strive to make even more diverse, we reject the premise that cultures can be neatly separated and placed into a moral pecking order, with the so-called ‘bourgeois culture’ of the 1950s white upper middle class at the top,” the statement continues. “We are outraged that a representative of our community upholds, and published, these hateful and regressive views.”

Neither Wax nor a university spokesperson could immediately be reached for comment Friday afternoon.

Steven Barnes, a Penn Law spokesperson, told the DP that “The views expressed in the article are those of the individual authors … not a statement of Penn Law’s values or institutional policies.”

Other students and readers recently took to social media to voice opposition to the piece:

She is correct about one thing. Not all cultures are equal. Some, like "US bourgeois" culture were built on the exploitation of others.

In contrast, it takes particularly resilient cultures to have been victimized by this exploitation and continue to resist.

This is just grotesque. From law profs too. Shameful. And honestly, racist. https://t.co/OKgZQUHeRv

.@PennLaw prof Amy Wax published this piece of hateful, racist trash in @phillydotcom & it is worse than you think.https://t.co/o7qUiNublM