Housing Authority Gets $1.3M Grant to Start Redevelopment Near SRT 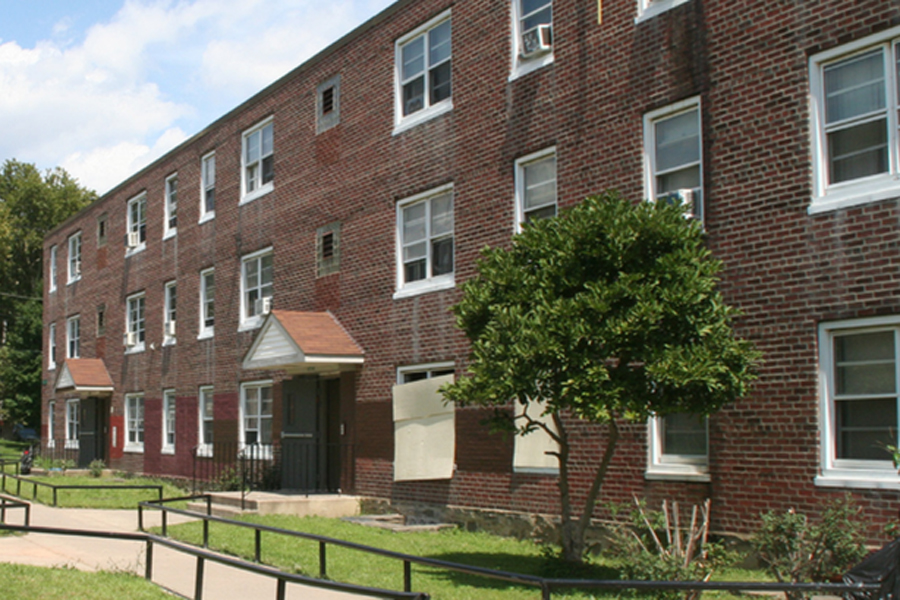 The Philadelphia Housing Authority announced on Monday that it has received a $1.3 million grant from the U.S. Department of Housing and Urban Development (HUD) to begin redevelopment of a 76-year-old complex of low-rise public housing buildings along the Schuylkill River in southwest Philly.

Constructed in the early 1940s to house workers building warships and weapons for World War II, Bartram Village has aged to the point where it is in need of roughly $100 million in repairs, according to Plan Philly. An audit of the complex revealed that it lacks the amenities, layout, unit space, and energy efficiency needed in a 21st-century housing development. A teardown and full-scale rebuild of the 500-unit site is very much on the table, housing authority officials say.

Bartram Village is a particularly attractive site for redevelopment given its close proximity to Bartram Gardens, the oldest surviving botanical garden in North America and a major point of public recreation in the city. On Tuesday, Senators Bob Casey and Pat Toomey announced the awarding of funding to connect the Schuylkill River Trail from its current endpoint on Christian Street to the Gardens.

“We look forward to working with the residents and stakeholders of Bartram Village and the Kingsessing community in this multi-year planning process,” PHA president and CEO Kelvin Jeremiah said in a release. “We’ll move thoughtfully, consulting residents, stakeholders, and local leaders as any redevelopment plans are drawn and proposed.”

The type of grant awarded to PHA comes from HUD’s Choice Neighborhoods program, which President Trump has said he plans to dismantle in the future, so more federal dollars for the project are unlikely. Established by President Obama, Choice Neighborhood grants are intended to fund the redevelopment of public housing complexes into mixed-income, transit-accessible neighborhoods complete with adequate schools, parks, and other amenities.

“Congratulations to PHA for winning this highly competitive grant,” said Mayor Kenney. “The planning process is the first step to rebuilding one of the city’s oldest public housing sites as well as the neighborhood around it. PHA has used two previous Choice Neighborhood grants effectively in other parts of the city and I look forward to the agency doing the same in Kingsessing.”