Who Stabbed This Poor Dog in Philadelphia?

The Pennsylvania SPCA is looking for answers. 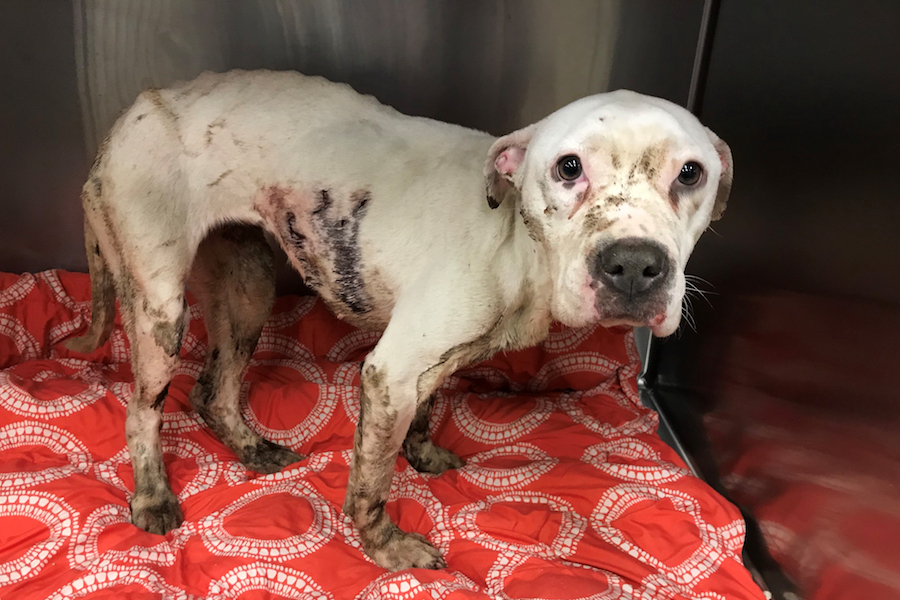 Photo provided by the Pennsylvania SPCA.

The Pennsylvania Society for the Prevention of Cruelty to Animals is asking for the public’s help to identify the person or persons who brutally stabbed a dog and left it for dead in North Philadelphia.

The female animal, which the SPCA describes as a “pit bull-type dog,” was found on Monday near SEPTA’s Fern Rock Transportation Center with multiple stab wounds. She was discovered around 7:45 a.m. by a person who was out walking his dog. Investigators have named the dog Woobie. She is believed to be between one and two years old.

According to the SPCA, Woobie’s injuries include stab wounds around her ribs and lung trauma, and there’s also the possibility of internal bleeding.

She is being treated at the University of Pennsylvania’s Ryan Veterinary Hospital as part of the Richard Lichter Charity for Dogs, a program that was set up in 2015 to enable vets to treat injured and sick animals that formerly would have been euthanized. Woobie was in stable condition as of Tuesday afternoon.

“While we don’t know the whole story, we do know that Woobie was stabbed at some point and left to die,” said PSPCA’s Nicole Wilson in a statement. “We are seeking the public’s help to uncover what happened, who did this and bring them to justice.”

Anyone with information on the stabbing is asked to call the PSPCA’s anonymous Cruelty Hotline at 866-601-SPCA.