They reportedly condemned the Franklin Institute on Monday. 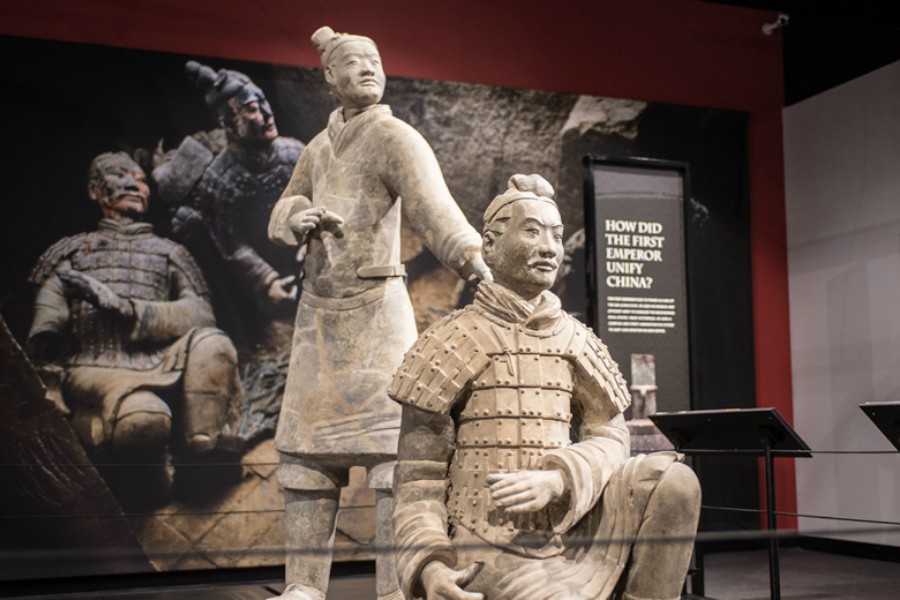 Chinese officials have a bone to pick with the Franklin Institute.

Last week, we told you that a 24-year-old man allegedly sneaked into the museum’s Terracotta Warriors special exhibit (lent to the museum by China’s Shaanxi Cultural Heritage Promotion Center) and stole a thumb from a 2,000-year-old, $4.5 million statue. (The FBI says it happened during an after-hours “Ugly Sweater” party in December.)

The BBC reported on Monday that Wu Haiyun, the director of the Shaanxi Cultural Heritage Promotion Center, condemned the Franklin Institute for being “careless” with the statue and asked that U.S. officials “severely punish” Michael Rohana, the alleged thumb thief from Delaware.

Haiyun said the center will send two experts to the U.S. to evaluate the damage, repair the statue, and request compensation.

Rohana has been charged with theft of a major artwork from a museum, concealment of major artwork stolen from a museum, and interstate transportation of stolen property. FBI agents say he took a selfie with the statue before breaking the thumb. He was released on bail last week.

In a statement, Franklin Institute spokesperson Stefanie Santo called the alleged theft a “deplorable act” and said the museum shares “in the condemnation of this crime as expressed by our partners at the Shaanxi Cultural Heritage Promotion Center.”

“The institute has been working with the FBI and the United States Attorney’s Office to ensure that justice for the individual responsible is served,” Santo added. “We will continue to cooperate fully with our partners in China to maintain and protect the warriors with the utmost care and reverence.”

The Terracotta Warriors are national treasures in China. The statue at hand, called the Calvaryman, dates back to 210 to 209 B.C.

Santo said the museum has “thoroughly reviewed” security protocol and procedures and “taken appropriate action where needed” in the wake of the incident.

“Terracotta Warriors of the First Emperor” will run through March 4th.