U.S. Rep. Dwight Evans Is Holding a Party to Impeach Trump on Saturday

He’ll co-host a series of gatherings with philanthropic billionaire and Need to Impeach founder Tom Steyer. 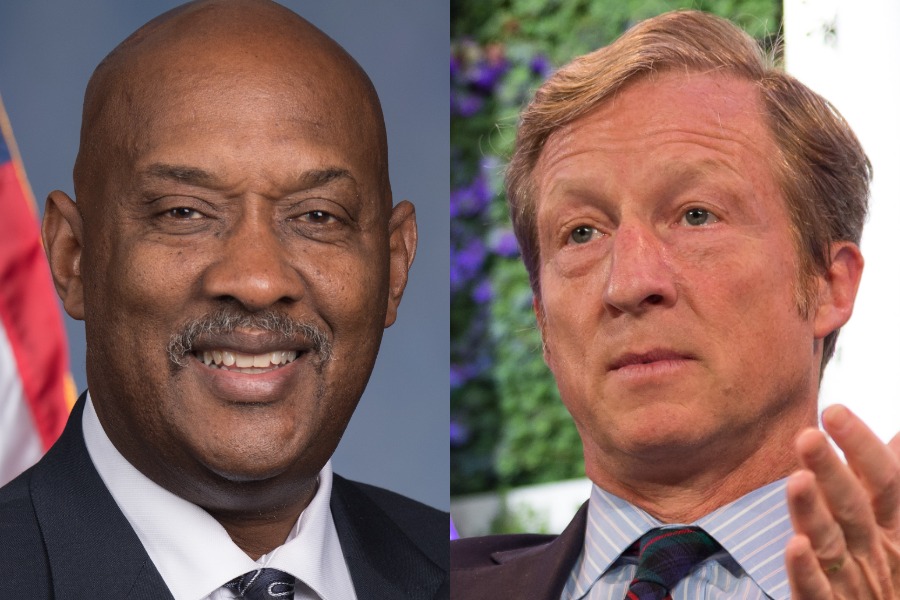 U.S. Rep. Dwight Evans will join philanthropic billionaire Tom Steyer during his “Party to Impeach” tour in Philly on Saturday.

The tour, co-hosted by Evans and Steyer, is one of 6,500 similarly themed gatherings planned for President’s Day weekend, spurred by Steyer’s Need to Impeach campaign. Steyer, a well-known environmentalist and hedge fund manager, launched the campaign in October 2017 to “increase pressure on members of Congress to remove Donald Trump from power.” The movement features a $20 million ad blitz that “prominently features” Steyer, per the Los Angeles Times, and a petition that has garnered more than 4.7 million signatures. Steyer’s “Party to Impeach” is part of the campaign.

Erik Olvera, head of communications for Need to Impeach, said Steyer chose to come to Philadelphia for the Party to Impeach event “specifically because of [the city’s] rich history.”

“It’s the birthplace of our democracy,” Olvera said. “What Need to Impeach is doing is protecting our democracy and giving people across the country the platform to step up and voice their concerns and be a part of the political process.”

Trump threatens our Constitution, our freedoms, and our lives. It’s time to begin impeachment proceedings. Join us. https://t.co/L5Azj0p6oA pic.twitter.com/rqQkt2aMn8

Evans, who represents Pennsylvania’s 2nd Congressional District, will give Steyer a tour of the Ogontz Avenue Business Corridor in North Philadelphia between 9 and 10 a.m. on Saturday. Then the duo will then sit down for an hourlong forum with community members.

From there, Steyer will host an event with the University of Pennsylvania Democrats between 12 and 1:30 p.m. at the school’s Houston Hall. And between 6 and 8 p.m. at Independence Visitors Center, he’ll hold a cocktail reception with local campaign supporters. That gathering will include Baltimore psychologist John Gartner, who has gained national attention for his attempts to convince voters that Trump is mentally unfit to be president, as well as state Rep. Donna Bullock.

In a phone interview on Friday, Evans said he’s “happy [Steyer is] coming to see the kind of message I’m hoping to get across to Washington about what these communities mean to this city.”

Evans is one of 68 Democratic House members who have voted in favor of an effort to launch impeachment proceedings against Trump, claiming he is unsuitable for the presidency. It’s no surprise that Trump has bashed Steyer, who is rumored to be eyeing office. (He recently said he will not run in 2018.) Perhaps unexpected, though, is that some Democrats have criticized Steyer’s campaign for impeachment, which they see as impractical and unlikely.

Evans said on Friday that while he doesn’t think impeachment is likely, “there’s all kinds of evidence that [Congress] should move through with an impeachment discussion. I think it’s been very clear … the firing of the FBI director, the Russia investigation.”

“The president is not above the constitution,” Evans said. “He needs to be held accountable. My constituents have raised serious concerns about the president’s actions.”