The dive at 13th and Pine streets will hold an event for Sheila Modglin, who was hit by a car last week, on March 4th. 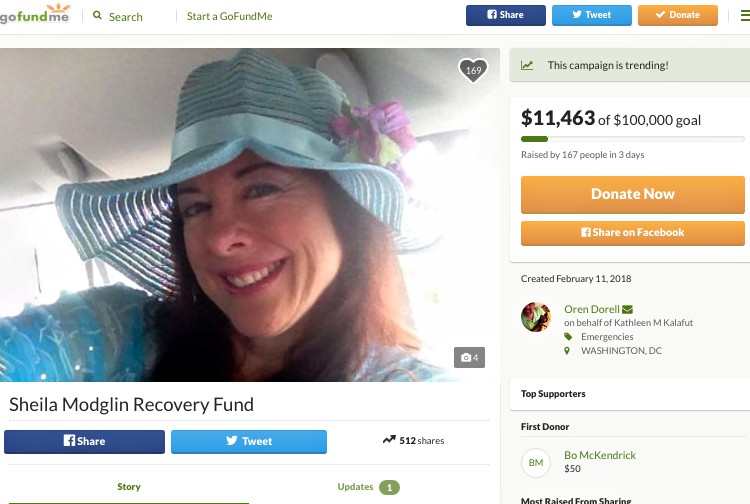 A GoFundMe page for Sheila Modglin, the beloved Dirty Frank’s bartender who was critically injured after being hit by a car last week, has brought in more than $11,000.

Bar patrons, friends and family members say it’s just a start – they’ll continue to raise funds for Modglin, who suffered head trauma and other serious injuries early in the morning of February 9th. Modglin, 56, had reportedly just finished a shift at Dirty Frank’s after the Eagles parade and was on her way to dog sit in Mount Airy when she was struck by a car on Lincoln Drive near Cliveden Street. The driver, a 77-year-old man, stayed and called the police, according to the Inquirer.

Modglin is cherished in the local arts scene and at Dirty Frank’s, a longstanding dive bar at the corner of 13th and Pine streets. The bar will hold a separate fundraiser for Modglin on March 4th. Details are available through a Facebook page for the event.

“Sheila our Sunshine!,” the page reads. “We LOVE you and our hearts are beating louder than ever we ever thought possible wishing, hoping, and praying for a full and complete recovery. That being said We are gathering to raise as much funds as possible all day and all night, for the most beautiful woman that any of us have ever had the privilege of being in the presence of, on Sunday March 4th.”

Modglin, who is being treated at Einstein Memorial Hospital, was in a medically induced coma after the car accident. An update to the GoFundMe page on Wednesday said she was showing semi-consciousness, hearing and responsiveness. She has no health insurance, according to the page, and will likely incur expensive medical bills while she recovers.

Modglin’s family is currently accepting donations to pay for her medical bills. They can be made via check made out to Kathy Kalafut, 27 Paper Mill Rd., Springfield, Pa. 19064.