Some students are pushing the institution to end its show of the internationally acclaimed painter's work. 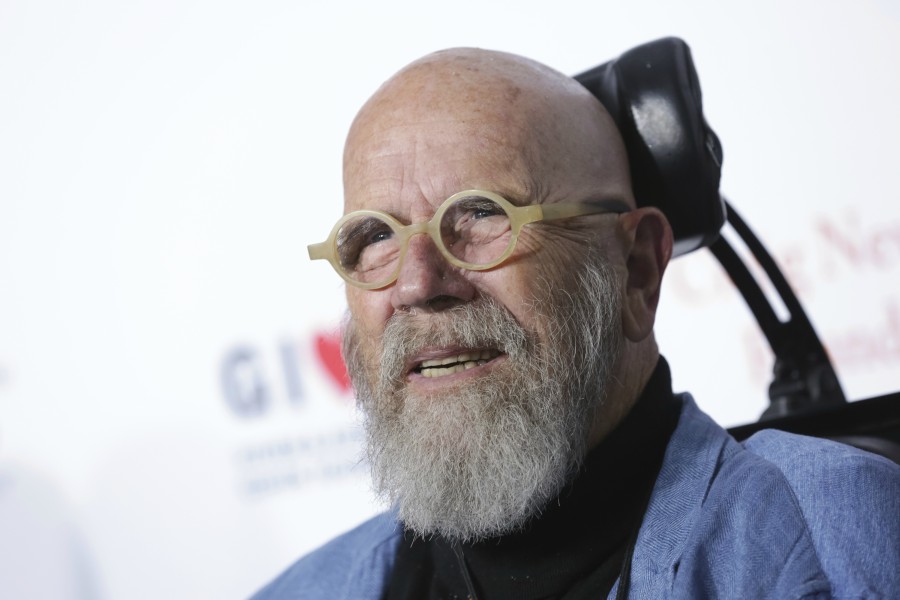 Museums and institutions around the country are grappling with sexual harassment allegations against renowned painter Chuck Close.

Leading the way is the National Gallery of Art in Washington, which has indefinitely postponed a Close exhibit slated for May. Here in Philly, the Pennsylvania Academy of Fine Arts – which is currently displaying “Chuck Close Photographs” – does not plan to remove his work.

The discussion surrounding Close comes after two women told Huffington Post and the New York Times that Close made inappropriate comments and uncomfortable requests when they visited his studio, including asking them to model naked for him and commenting on their bodies. Close has denied most of the accusations but acknowledged that he “has spoken to women candidly and even crudely about their body parts,” per the Times.

PAFA is currently reevaluating the “future of the Chuck Close exhibition,” according to an email sent to students by fine arts dean Clint Jukkala. But ARTNews reports that the museum plans to keep the show, which is slated to remain on display through April 8th.

Instead of removing the collection, PAFA will host a second, separate exhibition next month organized in response to the Close allegations. Museum director Brooke Anderson told ARTnews that the upcoming show will “go up outside the Chuck Close exhibition, and will address issues of gender, power, the politics of the workplace in the art world, and, most specifically, the artist in the studio.” PAFA did not respond to multiple requests for comment from Philadelphia magazine.

Some students are pushing PAFA to remove the Close exhibition entirely. PAFA Feminists – an “intersectional feminist space for PAFA students,” per its Facebook page – posted a complaint from one member, who criticized the museum and art school’s “inaction.”

PAFA recently hosted a forum in which students discussed the exhibit. In his email, Jukkala called the event “a productive, cathartic and immensely educational conversation” that prompted “concrete steps.”

“PAFA has built a reputation for promoting diversity and equity in the art world, and actively promoting that dialogue is an opportunity for us,” Jukkala said. “We are looking at different strategies for educating the public within the galleries about topics related to gender, power, and sexual misconduct in the art world and society.”

“Chuck Close Photographs” features roughly 90 images from 1964 to the present and “explores how one of the “most important figures in contemporary art has stretched the boundaries of photographic means, methods, and approaches,” per PAFA.

Seattle University has removed a self-portrait of Close from its campus, and executives at institutions like the Art Institute of Chicago and the Portrait Gallery are reportedly reconsidering their collections of work by Close.

The Metropolitan Museum of Art, for one, will not alter its selection.

“By taking action in the form of canceling an exhibition or removing art from the walls, a museum is creating an understanding of an artist’s work only through the prism of reprehensible behavior,” Sheena Wagstaff, the Met’s chairman for Modern and contemporary art, told the Times. “If we only see abuse when looking at a work of art, then we have created a reductive situation in which art is stripped of its intrinsic worth — and which in turn provokes the fundamental question of what the museum’s role in the world should be.”