Among other things, Krasner said the new position will prevent deportation or other "collateral consequences" that threaten immigrants accused of minor crimes. 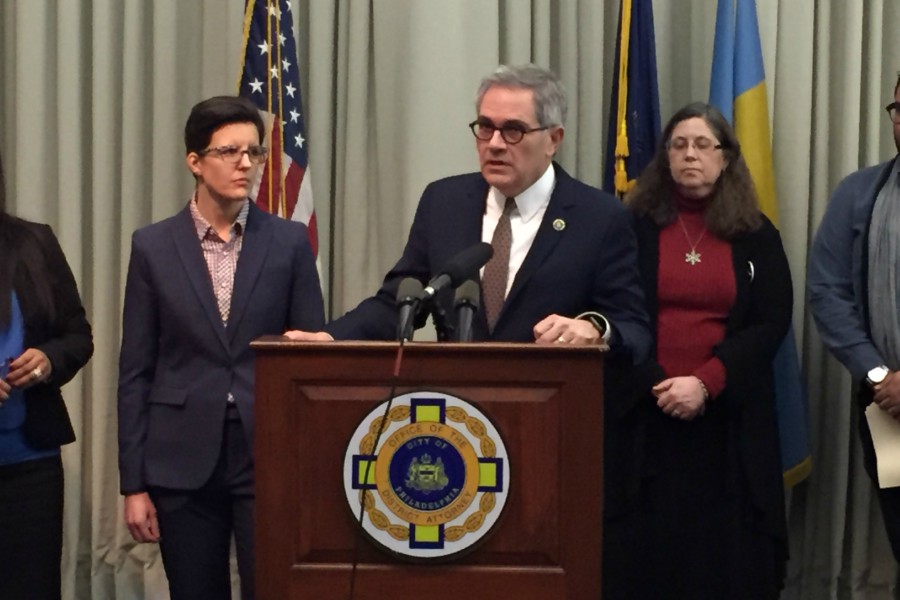 Speaking at a press conference on Thursday, Krasner said the office’s newly-created immigration counsel will help immigrants move through the criminal justice system without facing “disproportionate consequences,” like deportation, because of their status.

In a statement, Krasner said the position is part of an “overall effort to protect the most vulnerable and ensure they are able to participate as witnesses or complaints in the criminal justice system.”

Caleb Arnold will be helping the DAO build trust with immigrant communities. They will also develop policies and practices to ensure that all witnesses and victims are able to safely participate in the criminal justice process. pic.twitter.com/esXxVZjzVK

At a time when the federal government has reprimanded Philly and other so-called “sanctuary cities” over their immigration policies, the new position sends a clear statement from Krasner, a progressive firebrand who during his campaign said he was “dedicated to fighting President Trump’s anti-immigration agenda and increasing trust between immigrants and police.”

Asked if he anticipated potential issues with federal immigration authorities at the press conference, Krasner stressed that “nothing [the DA’s office] is doing makes it impossible for the feds to do what they want to do.”

However, he added that “to the extent that there is less cooperation than we want [from federal authorities], they may experience the same thing in return.”

The appointment will be modeled after an effort pioneered by Brooklyn DA Eric Gonzalez, who last year hired counsel to train staff on immigration issues. In a statement, Gonzalez said the Brooklyn attorneys have advised in more than 200 cases so far to reach what he called “immigration-neutral outcomes.”

“In the face of misguided federal policies, we need more local prosecutors who are willing to take a stand and do what’s right, and I’m pleased that DA Krasner is helping lead this growing movement,” Gonzalez said in a statement.

Counsel to the DA Maritza Ming and members of our Immigrant Affairs Unit were proud to travel to Philadelphia today to assist @philadao, DA Krasner and his new Counsel Caleb Arnold in devising a policy to protect immigrants from unfair collateral consequences, like deportation. pic.twitter.com/OBV6vvXqqB

“Far too often an interaction with our city’s criminal justice system has been the catalyst for many of our loved ones to be entered into deportation proceedings due to the overcharges given by previous administrations and overzealous former DAs who believed more in punishment rather than restorative justice,” she added.

The announcement comes weeks after Krasner upheld another campaign promise: to radically overhaul the DA’s office. Earlier this month, Krasner dismissed more than 30 prosecutors in what his spokesman, Ben Waxman, called a “broad reorganization” of the office’s structure.