One of Us: Ron Jaworski
Subscribe
Follow
I'm a scraper
This search result is here to prevent scraping

One of Us: Ron Jaworski

The 66-year-old former Eagles QB and current NFL analyst tells us about golfing with Trump and how he got 100 suits for free. 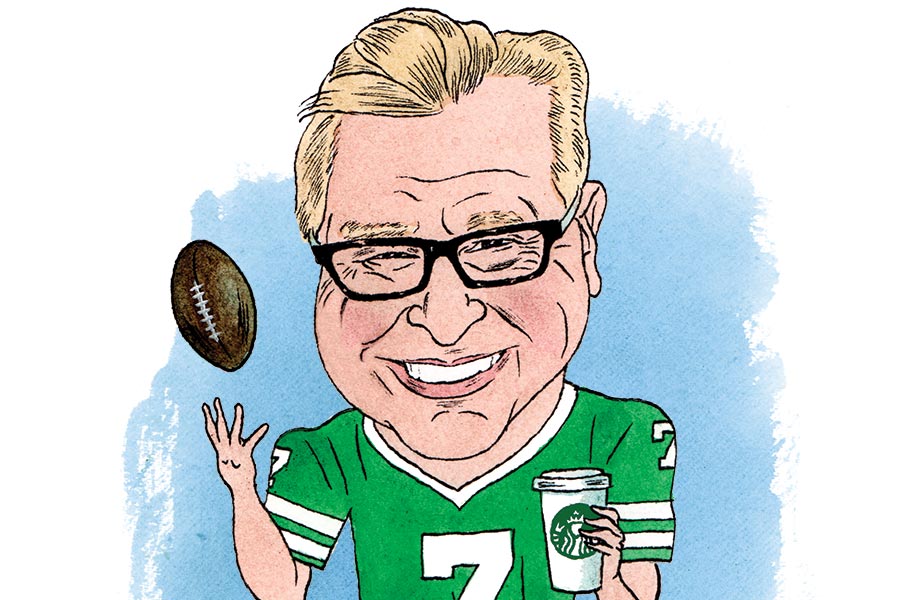 I grew up in … Lackawanna, New York. I first came to Philly in 1979, when I was traded from the Rams to the Eagles.

These days, I live in … Medford. Far enough away, yet close enough to everything.

When I was a kid, I wanted to grow up to be … a baseball player.

The biggest change to the NFL over the years has been … just how complicated everything is, from formations to personnel packages to analytics. It’s all so complex.

If you’re making me a sandwich, make it … bologna with fried onions.

I like to collect … golf balls and clubs. I have many, and I own seven golf courses — five in South Jersey and two in Pennsylvania.

The greatest football player, living or dead, has got to be … Tom Brady. To watch him play at 40 years old in his 18th season is remarkable. The league average is now under three years for a career.

My favorite Eagle of all time is … Chuck Bednarik. I have memories of him just knocking the hell out of people.

Dick Vermeil … taught me more about life than he did about being a football player.

My nickname, “Jaws” … came from Doug Collins, the 76ers player, who was my next-door neighbor. I got it in the late ’70s, so everybody thought he was comparing me to the shark in the movie. But it was actually because I never shut up. My jaws were always flapping.

My most memorable game was … beating the Cowboys for the 1980 NFC championship.

I met my wife … in high school. Liz and I have been married 43 years and together 50.

My New Year’s resolution is … always to lose some weight.

My job these days is … to analyze football. I love it. I’ve been doing it for ESPN for 27 years. My contract goes through 2022.

The most famous person I ever met was … Donald Trump. I played golf with him twice at Trump National in Bedminster. He beat me.

One bad habit I cannot break is … drinking too much coffee. I drink four Starbucks Bolds in the morning.

The Colin Kaepernick situation is … disappointing. His protest of social injustice was his way of making a statement, but it has grown and grown and gotten blown way out of proportion, and his personal message has gotten lost.

I buy my suits at … Lee Newman in Cherry Hill, or for custom suits, Brian Lipstein at Henry A. Davidsen. But here’s the cool thing. When I was doing Monday Night Football, Canali would furnish all our apparel, and I’d get a new suit for every game. Over five years, that became 100 suits, all of which were free, and they’re still in my closet.

The Linc is … coming to life. When it was first built, I had my doubts. The Vet attracted a more ferocious Eagles fan.

The thing most people get wrong about football is … just how much preparation goes into playing the game on Sunday. They think you just show up and play.

Published as “One of Us” in the January 2018 issue of Philadelphia magazine.