All of Philly Right Now: “Did You Just Feel That Earthquake?”

A 4.1 magnitude quake, centered in Delaware, rumbled in Philly a little before 5 p.m. 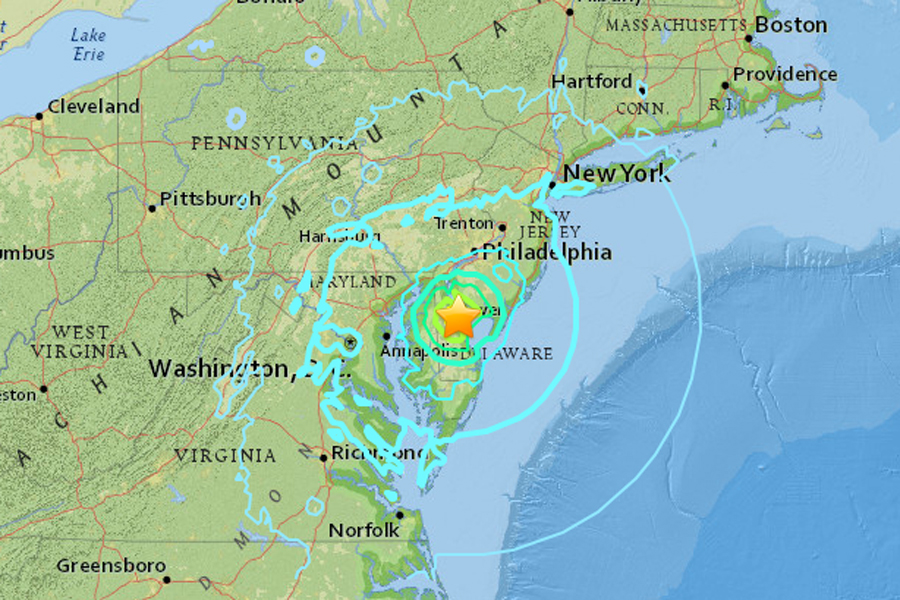 Like you, we here at Philly Mag are asking each other the same question right now: Did you just feel that?

According to good folks over at the United States Geological Survey – a federal agency tasked by the government to study our country’s landscape – it wasn’t just us here in Philadelphia that felt the 4.1 magnitude earthquake rumble through the East Coast. Vibrations rattled as far south as Maryland and nearly to New York to the north. 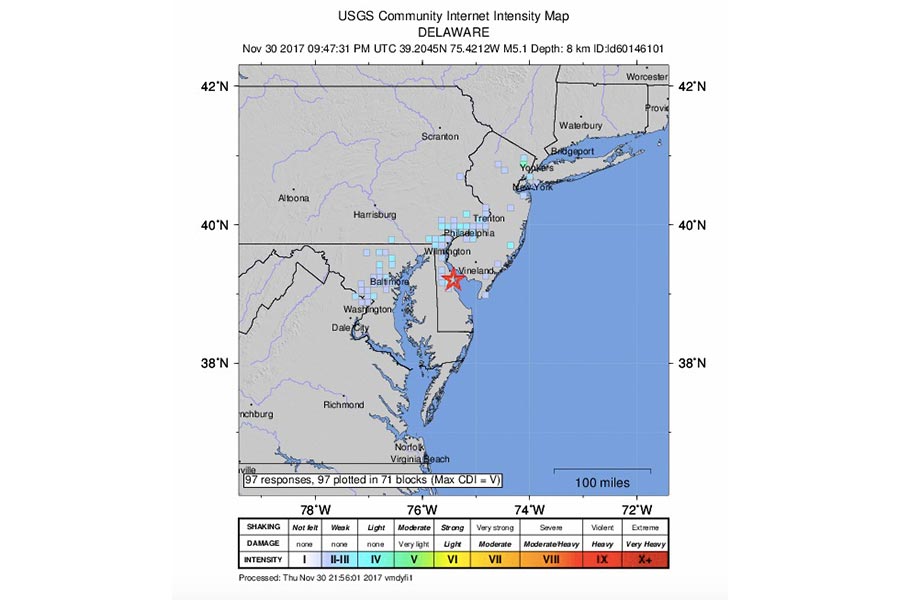 6ABC’s Cecily Tynan is reporting that the quake, centered in Delaware, was the strongest ever recorded in our area. It’s size has been upgraded and downgraded several times since, with the USGS now saying the scale of the shock measures 4.1 magnitude on the Richter scale.

STRONGEST RECORDED EARTHQUAKE TO HIT DE
This afternoon's 4.4 magnitude #earthquake was felt across our region and as far as Baltimore & parts of New York. Until today, the largest recorded event in Delaware occurred in 1973 and had an estimated magnitude of 3.8.

Our own Victor Fiorillo was at his home in Overbrook when he abruptly felt the power of Mother Nature. “I was in my bedroom and all of a sudden the walls and floor started shaking,” he says. “I thought for a second that the washing machine was going nuts and then it got louder and stronger. That was insane.” I felt my own place in Graduate Hospital shudder as well. Did you?