Officials are searching for two suspects in the alleged attack. 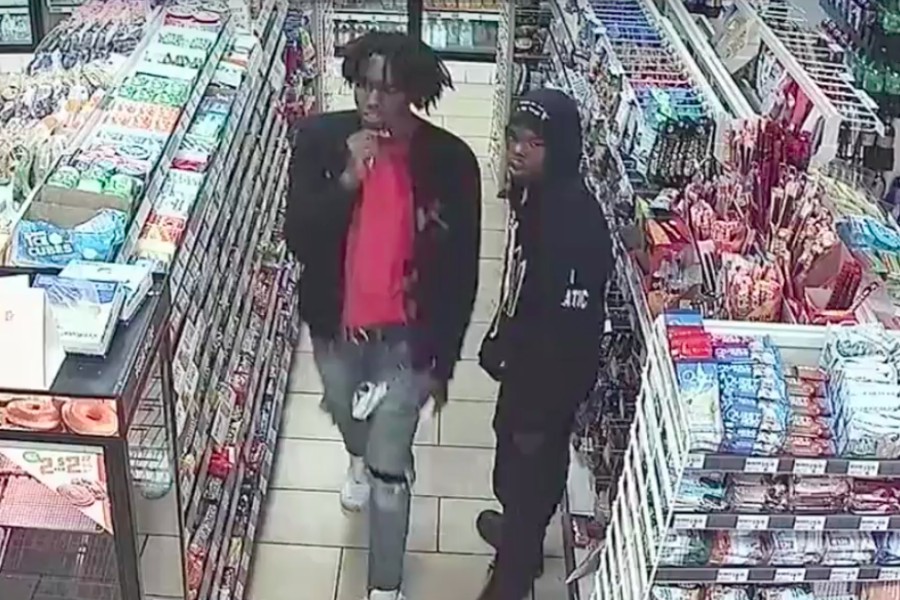 Philly police are searching for two suspects who allegedly beat and robbed a University of Pennsylvania graduate student on Sunday.

Officials say the 26-year-old Penn student was attacked around 10:45 p.m. on the 400 block of South 43rd Street, several blocks west of campus, in Spruce Hill. He reportedly suffered serious head injuries, including a fractured skull.

Two suspects were captured on camera in a nearby convenience store later that night. Police released the footage on Tuesday.

One suspect is described as a black male in his late teens to early 20s, 6 feet tall with a slim build and chin-length, braided hair. He can be seen wearing a Michael Kors jacket, a red T-shirt, ripped blue jeans, white sneakers and a Ferragamo belt.

A second suspect is described as a black male in his late teens to early 20s, roughly 5 feet and 6 inches tall with a slim build and short, cropped hair. He can be seen wearing all-black clothing, including a black hooded sweatshirt with a white pattern on the front.

Anyone with information is asked to contact Detective Charles Boyle at the University of Pennsylvania Police Department by calling 215-898-4485. You can also contact Philly police by calling 215-686-3183.