Semaj Headen, Jashaun Matthews, Jordan Wilson and an unidentified 13-year-old were charged in connection with a robbery caught on camera last weekend. 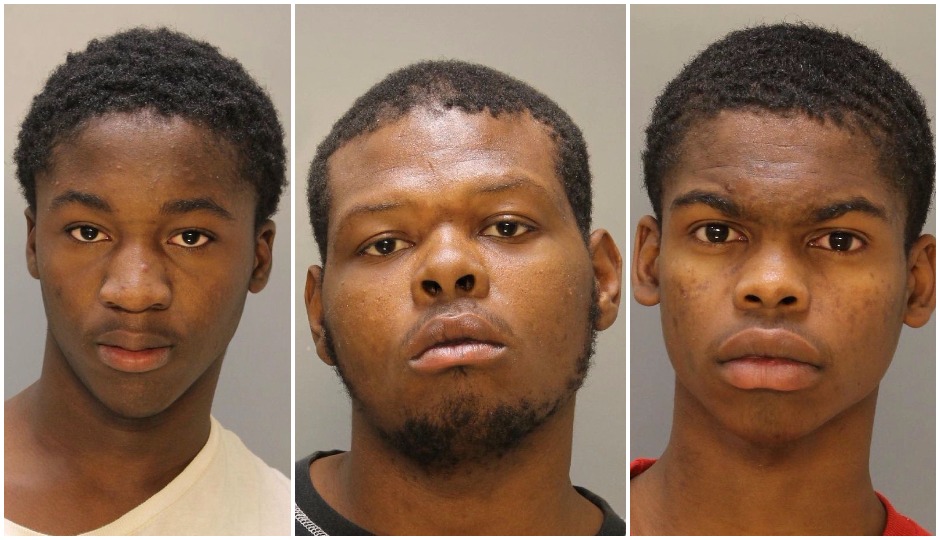 Philly police have arrested four suspects in connection with a violent West Philly carjacking caught on camera this past weekend.

Semaj Headen, 22, Jashaun Matthews, 15, and Jordan Wilson, 15, all from Kingsessing, where charged for their alleged involvement in the incident, which police say occurred around 11 p.m. on Oct. 20th at the Lukoil gas station at 5748 Baltimore Avenue.

Officials say Headen, Matthews and Wilson were three of five suspects captured on camera at the scene of the carjacking and robbery, which left the victim, a pizza delivery driver, unconscious for more than two days. In the footage shared by the police department, one person uses a gun to strike the victim, who falls to the ground, before another person gets in the victim’s car and drives away.

A fourth suspect charged in the incident, a 13-year-old, was not charged as an adult. That suspect has not been identified.